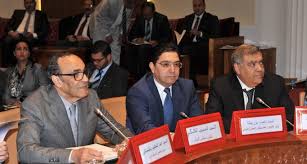 In the face of the repetitive incursions by the Polisario in the buffer zone, east of the Sahara security wall, Morocco has made it clear that its patience has limits vowing to take action to deter the Polisario from seeking to alter the status of the area.

During an urgent briefing at the Parliament’s foreign and defense committee, Interior Minister Abdelouafi Laftit and Foreign Minister Nasser Bourita said that now all options are to be considered after the repetitive violations of the 1991 UN ceasefire agreement.

The Moroccan officials deplored UN laxity with the Algeria-backed Polisario, saying that the separatists’ leaders have been emboldened in their breach of the ceasefire agreement by the UN’s indecisiveness.

MINURSO, which has the responsibility to monitor this area, must fully ensure its role, the officials noted, recalling that the separatists even asked MINURSO elements to meet them not in Tindouf, as usual, but in the buffer zone, which is a dangerous precedent.

Besides, at least on four occasions lately, the separatists restricted the freedom of movement of MINURSO military observers to prevent them from reaching the buffer zone, they said, insisting that all these developments constitute provocations against the international community, a challenge to MINURSO and a direct threat to the stability of the region.

During the briefing, some MPs called for decisive action against the polisario’s banditry and repetitive violations of the ceasefire agreement in the area that was handed to the UN in 1991 for the purpose of monitoring the ceasefire.

The issue of hot pursuit was raised in order to deter Polisairo militias from future deployment on the area.

In a statement to the press following the meeting, foreign minister said that Morocco will use diplomatic action in order to alert the international community to the dangerous situation in the area.

He warned of the repercussions of Polisario’s provocations in the Sahara on regional peace and stability saying that the right to self-defense can be applied by Morocco.