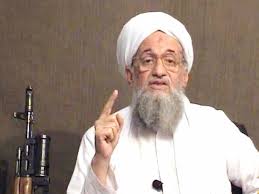 Al Qaeda Resurrects from the Ruins of ISIS

The surge of terrorist attacks by Al Qaeda offshoots in the Sahel, Yemen, Libya and Afghanistan point to a frightening reality of a global terrorist group that has been dormant since the rise of ISIS in the Middle East.

An alliance of terrorist groups loyal to Al Qaida hit Ouagadougou recently killing at least 8 members of Burkina Faso’s armed forces. The attack is indicative of the group’s might in a region plagued by weak states, porous borders and widespread trafficking in human beings, drugs and cigarettes.

The deployment of the special counterterrorism force by five African countries- Burkina Faso, Chad, Mali, Mauritania and Niger- known as G5 Sahel with French support has not succeeded in containing Al Qaeda, which has been quietly rebuilding while world attention was directed to combating ISIS.

Al Qaeda found in the mayhem that engulfed many Arab countries following the 2011 revolutions propitious conditions for recruitment establishing branches in Syria and Libya. Today, a look at the civil wars in Libya, Syria and Yemen show that Al Qaeda terrorist group has gained ground as a key player in these wars.

Analysts say that decentralization is a key concept to understand Al Qaeda’s resurrection. The terrorist group, led by Jordan’s Ayman al-Zawahiri, counts more than a dozen franchises operating in an area extending from West Africa to South East Asia with a capacity to disrupt local and regional stability.

In Syria alone, al-Qaeda now has upwards of twenty-thousand men under arms, and it has perhaps another four thousand in Yemen and about seven thousand in Somalia.

Now, after the demise of IS, al-Qaeda stands as the mightiest rebel group in Syria through its franchise Hayat Tahrir al-Sham (HTS) which has extended its control last year over all of Idlib Province, along the Syrian-Turkish border.

Bruce Hoffman, in an analysis on The Council of Foreign Relations, sums up the success of the restructuring of Al Qaeda in three strategic decisions by Zawahiri. “The first was to strengthen the decentralized franchise approach that has facilitated the movement’s survival. Over the years, the leaders and deputies of al-Qaeda’s far-flung franchises have been integrated into the movement’s deliberative and consultative processes. Today, al-Qaeda is truly “global,” having effectively incorporated local grievances and concerns into a global narrative that forms the foundation of an all-encompassing grand strategy.”

The second major move, according to Hoffman, was the order issued by Zawahiri in 2013 to avoid mass casualty operations, especially those that might kill Muslim civilians. Al-Qaeda has thus been able to present itself through social media, paradoxically, as “moderate extremists,” ostensibly more palatable than ISIS.

Such strategic decisions spared Al Qaeda the wrath of the global coalition to combat terrorism, which were more focused on destroying ISIS.

The rise of Al Qaeda has dismissed the claims of several analysts who falsely predicted the fall of the group with the death of Ben Laden. The terrorist group found means to survive through setting up branches in poorly governed and conflict stricken areas. The defeat of Al Qaeda remains now a matter of confronting its multiple affiliates, which act as an organized militia with headquarters and convoys notably in the Sahel, Afghanistan, Libya and Syria.