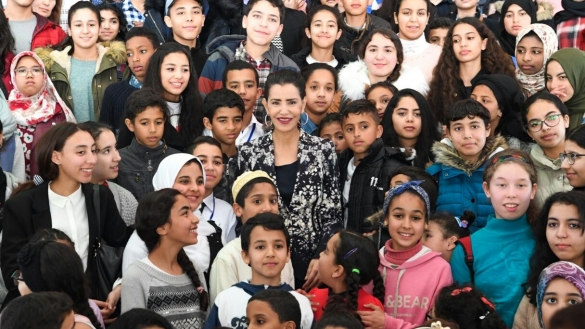 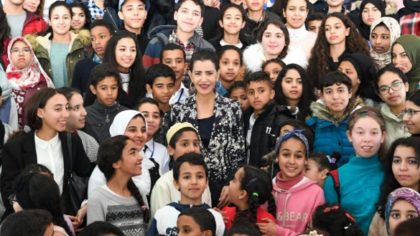 The National Union of Morocco’s Women and the National Observatory for Children’s rights, both institutions chaired by Princess Lalla Meryem, held a meeting in Rabat to discuss the situation of women and children living in precariousness and ways to lift them out of this situation.

During the closing session of the meeting, held Wednesday under the effective chairmanship of Princess Lalla Meryem, the coordinator of the National Initiative for Human Development (INDH), Nadira El Guermai, made a presentation surveying the efforts made by Morocco to combat precariousness.

Morocco has launched several programs to support the social layers affected by precariousness, facilitate their social integration, protect them against delinquency and improve their living standards, she said.

Governor El Guermai reviewed the results of the INDH since it was launched in 2005 and which includes a specific anti-precariousness program that benefited a large portion of the population. However, she noted, despite all the efforts made and all the results scored, more needs to be done to meet the challenges of ongoing social mutations. She also called for pooling efforts to reach an optimal coordination as part of convergence and good governance.

Member of the economic, social and environmental council, Mohamed Hourani, on his part presented a road map on the fight against precariousness. The road map is based on four outlines namely knowledge, governance, law policy and policy elaboration, he said, stressing that this road map seeks to lay the bases for new alternatives to reinforce prevention against precariousness mainly in terms of digitization, green economy, circular economy and renewable energy.

The closing ceremony was attended by children representing several associations from across Morocco.

Princess Lalla Meryem, the eldest sister of King Mohammed VI, has been involved in the promotion of the condition of women and children for the past 30 years through the National Union of Morocco’s Women and the National Observatory for Children’s rights. She is leading, through these two institutions, several initiatives aimed at rendering justice to women and children and improving their living conditions.

The same day, Rabat hosted the 5th Islamic conference of ministers in charge of Childhood during which King Mohammed VI underlined the need to guarantee children’s basic rights to health, education, housing and social protection.

In a message to the conference, the Moroccan Sovereign said children are the future of mankind, but they are facing numerous and interconnected dangers, which can undermine their potential and put their future in jeopardy if they are not provided with education, cultural guidance and rehabilitation.

“Such efforts should contribute to children’s integration into the knowledge and communication-based world, making them open to human civilization and to the changes we are witnessing today”, said the Sovereign in his message, urging Islamic countries to invest in all sectors concerning child-related issues and challenges, by seeking to combat poverty, tackle the repercussions of climate change, ensure food security, keep abreast of the digital revolution and provide for security and stability.