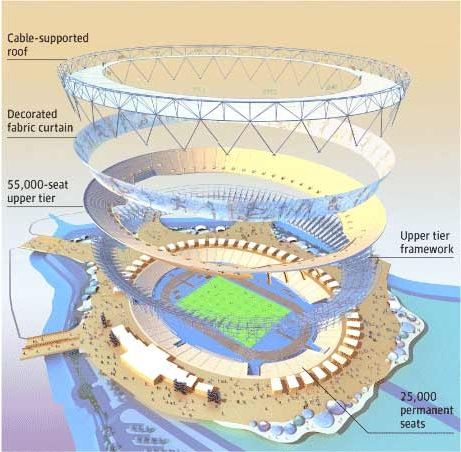 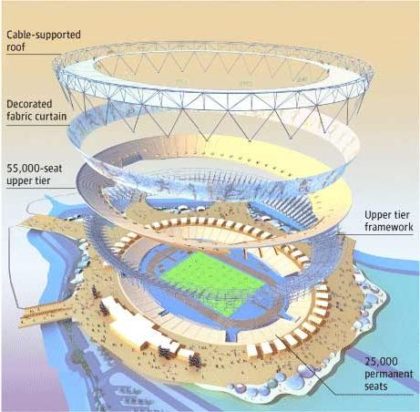 With its 8 world class football stadiums, Morocco still needs more stadiums to boost its chances of hosting the 2026 football World Cup, which will see the number of participating teams increase from 32 to 48.

Head of Morocco’s football federation (FRMF) Fouzi Lekjaa told the press, after the launch of the campaign bid, that demountable stadiums with 50,000 seat capacity will be built, noting that these stadiums capacity can be reduced to 25,000 after the World Cup.

FIFA has already approved a design by Qatar, the host of the 2022 tournament, to build a demountable stadium with removable components. The stadium has been built using modular building blocks, each containing removable seats, concession stands, lavatories and other fundamental stadium elements.

Lekjaa also highlighted the beneficial impact of hosting the 2026 on Morocco’s image and its infrastructure.

Morocco was second to the United States in 1994, behind France in 1998 and narrowly lost out to South Africa in its offer to stage the 2010 finals, the only time the tournament has been held in Africa.

Morocco is in a fierce competition to host the 2026 Cup with a three-nation North American bid featuring the United States, Canada and Mexico.