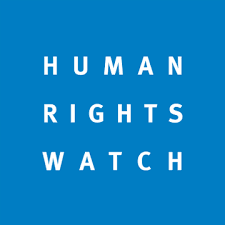 Human Rights Watch has denounced the systematic violations of freedom of speech, assembly & association despite constitutional amendments guaranteeing these rights.

Algerian authorities continued to resort in 2017 to criminal prosecutions for peaceful speech. They have also continued to ban demonstrations in Algiers, says HRW in its report 2018.

The document says Algerian authorities routinely violate the right to freedom of assembly, using the penal code, which punishes organizing or participating in an unauthorized demonstration in a public place with up to one year in prison.

Authorities in Algiers, the capital, banned public demonstrations indefinitely in 2001, when the country was under a state of emergency. They did not rescind the ban when they lifted the state of emergency in 2011, notes the Rights Watchdog.

The ban on demonstrations in Algiers is strictly enforced by authorities, who mobilize large numbers of police to thwart demonstrations and detain participants, usually holding them for a few hours before releasing them.

For example, on September 6, 2017, dozens of protesters took to a square in central Algiers wearing t-shirts with the words “Article 102,” referring to the constitutional article that stipu¬lates a president can be removed from office if he cannot carry out his duties, but dozens of them were detained.

In 2012, the Algerian government enacted Law 12-06, which requires all associations—including those that had already successfully registered—to re-file registration applications and obtain a registration receipt from the Interior Ministry before they can operate legally, in a cumbersome procedure akin to a new registration.

To date, major human rights organizations such as the Algerian League for Human Rights (Ligue Algérienne des Droits de l’Homme, LADDH) and Youth Action Rally (Rassemblement Action Jeunesse, RAJ), and the Algerian division of Amnesty International, which all submitted compliance applications in January 2014 as provided for by Law 12-06, have still not obtained a receipt certifying their legal existence. Lack of a receipt means they are unable to open a bank account or rent an office in their own name or hire a public hall for a meeting.

Moreover, members of an association that is “non-accredited, suspended, or dissolved” risk prison sentences of up to six months for conducting activities in its name.

According to HRW, Algerian authorities used the association law to deny registration to a charitable organization formed by members of Algeria’s tiny Ahmadiyya religious minority, basing its refusal on language in the law that gives authorities broad leeway to deny authorization if they deem that the content and objectives of a group’s activities violate Algeria’s “fundamental principles (constantes nationales) and values, public order, public morals, and the applicable laws and regulations.”

In 2017, authorities prosecuted a number of Algerians for critical speech, says the HRW report, citing in this regard many cases. On August 9, 2016, an Algiers appeals court upheld a two-year prison sentence for Mohamed Tamalt, a freelance journalist with dual Algerian and British nationality, for a video he posted on Facebook featuring a poem deemed offensive to Algeria’s president.

Tamalt died in prison on December 11, 2016, after staging a hunger strike to protest his conviction. Authorities denied mistreatment but his family insisted that negligence or mistreatment contributed to his death.