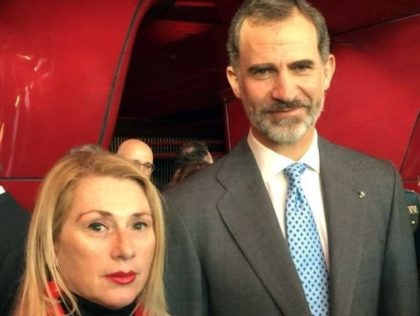 King Felipe VI of Spain received the chairman of the Canary Islands Association for Terrorism victims (Acavite), Lucia Jiménez, who briefed him about the terrorist attacks perpetrated by the Polisario in the Sahara during the colonial era and on the victims who are in need of help.

Jiménez was received by the Spanish King on the sidelines of the Adolfo Suárez Human Rights Prize awarding ceremony.

Spanish paper “La Provincia” reported that King Felipe VI showed interest in learning more about the cases of the victims and their orphans, notably the attacks that targeted workers at the phosphates extraction company, Fosboucraa.

The paper, citing Acavite, recalled that Morocco and Spain were linked at the time by an agreement of security, protection and assistance for Spanish skilled workers and their families directly affected by the attacks committed by the Polisario on the Fosboucraa site between 1974 and 1977.

ACAVITE is suing the Polisario for crimes against humanity. It estimates that 300 people, mostly fishermen, were killed by the separatist militia and 50 others were injured, tortured, or kidnapped between 1970 and 1980.

In 2016, the Spanish Interior Ministry acknowledged the existence of 130 cases of victims of the Polisario, which, under the Spanish Law, grants them the same status as victims of terrorism.

On November 6, 2015, the Spanish Ministry of the Interior recognized the Canary Islands’ victims of the Polisario terrorism, in a ceremony held at the Canary Islands Government Delegation. Forty-nine victims were decorated, in an act of “memory, dignity, justice, and truth”, according to a report by Spanish newspaper ABC.