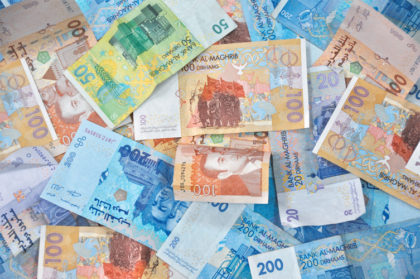 The long awaited launch of the flexible exchange rate system for the Dirham currency will start on January 15 after it was postponed for 5 months.

The gradual Dirham float will start with an anchor of 2.5% in-stead of 0.3% currently, while fixing the Dirham exchange rate via a peg that is 60 percent weighted to the Euro and 40 percent to the Dollar, the Economy Ministry said in a state-ment.

The peg will also help the Central Bank, Bank Al Maghrib , to avert the devaluation of the Dirham as it will continue to in-tervene in the market with a view to ensuring liquidity, the Ministry said.

The peg would be eased to allow the currency to trade within a narrow range with the trading band gradually widening with a view to fully removing the peg in a few years.

The floating of the pegged Dirham was encouraged by the IMF which sees in a more flexible exchange regime a move to strengthen the competitiveness of the Moroccan economy and its resilience against external shocks.

This cautious and gradually approach will enable the Moroccan economy to wither the risks of a hastened Dirham float and the potential devaluation that may ensue.

Morocco has undertaken reforms to strengthen public finances by maintaining inflation under control and ending subsidies for fuel as well as curbing public sector employment. These measures reduced significantly the country’s resort to foreign debt of which 75% is in Euro.