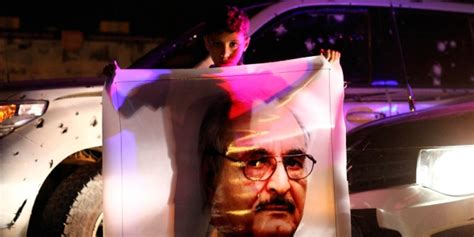 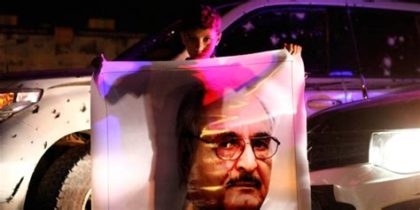 Presidential hopeful and head of the Libyan east-based army has told Paris-based Jeune Afrique that the North African country is not yet ready for democracy as the country marches towards elections later this year in a move to end years of instability.

In an interview with the magazine, Haftar endorsed by the Tobruk-based House of Representative (HoR) expressed hope that the UN-backed elections to take place in the second part of the year will bring an end to chaos in the oil-rich North African country, which has been without a central administration since the fall of Muammar Gaddafi in 2011.

The UN in September rolled out a year-plan supposed to prepare the ground for elections in late 2018.

Haftar, whose self-proclaimed Libyan National Army controls vast swathes of the Libyan territory, has given his endorsement to the elections. He is believed to take part in the race. The army commander and Gaddafi’s former close aid has harbored intentions to rule the country as part of his so-called war against extremists and terror.

He warned in the interview that he would not accept rigged elections and would otherwise militarily take control of the country.

The Libyan rogue figure who has opposed the UN-backed Government of National Accord (GNA) sitting in Tripoli, also slammed the GNA leader Faiez Serraj and Gaddafi’s son Saif al-Islam.

Haftar argued that Serraj is too weak and lenient and has been unable to control militia in Tripoli. The head of the Libyan National Army on the other hand believes that Saif al-Islam is naïve to believe that he could win this year elections because he does not have enough supporters.

The Son of the former Libyan ruler, according to his entourage, is ready to make his political comeback after it was rumored he was to replace his father before the collapse of the regime in 2011.

The UN has announced that all Libyans could run for the forthcoming elections. Saif al-Islam was freed on amnesty granted by the HoR after being arrested and locked up in Zintan.

It is unclear why Haftar laid into Gaddafi’s son. Analysts believe Haftar probably fears Saif al-Islam has become a serious challenger from the same camp.