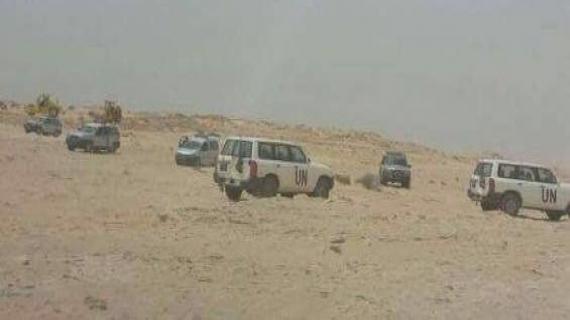 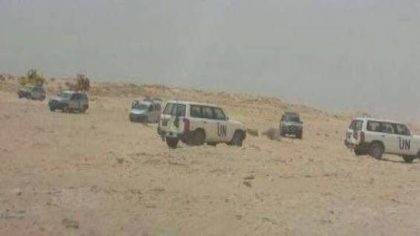 Emboldened by Algeria’s military and diplomatic cover, the Polisario inaugurated 2018 with a resumption of provocations in the Guerguarat area, the southernmost tip of Morocco’s southern provinces, the Sahara.

Three armed Polisario men have barred the road for an hour and a half to participants in the Desert Sahara Challenge rally competition departing from Dakhla and bound for Mauritania. With such an aggression, the Polisario has acted on the threats to violate anew the 1991 cease fire agreement by stationing troops on the Guerguarat border crossing with Mauritania, east of the Morocco-built security wall.

The incident required the intervention of the UN mission to the Sahara, MINURSO, who interceded with the Polisario militiamen to let the Rally participants cross peacefully.

The Moroccan diplomacy has not yet reacted to the new aggression.

The Polisario provocation comes a week after the Algeria-funded separatist group staged military games in yet another violation of the ceasefire agreement in the demilitarized area east of the berm in Agouinit.

Battered by diplomatic setbacks at the continental and international levels, the Polisario has waved the threat of war to draw attention to its impending demise. In a letter sent to the newly appointed MINURSO chief Colin Stewart, Polisairo leader Ibrahim Ghali warned of a new escalation against Morocco by redeploying separatist militiamen to the east of the security wall.

These provocations are reflective of a decaying Polisario leadership resorting to beating the drums of war to quell dissent in the camps that it administers in Algeria, where thousands are detained and used to feed a separatist agenda sponsored by the Algerian military junta.

The Polisario, which occupied the Guerguarat crossing after Moroccan security forces left the area in compliance with a request of the UN Security General, were humiliated in April when they had to retreat to avoid an outspoken condemnation by the UN Security Council.

The Polisario withdrawal came after months of simmering tension in the border crossing and provocation attempts against the Royal Armed Forces on the other side of the security wall as well as attempts at hindering the flow of commercial traffic between Morocco and West Africa. The Polisario armed men were forced to abide by international law without Morocco firing a single bullet.

Morocco’s restraint and its conditioning of the relaunch of the peace process with the retreat of the Polisario militia from the demilitarized border crossing earned the north African Kingdom a diplomatic victory as the Polisario, now more than ever, is seen by the international community as a source of instability in the region.

Securing the Guerguarat crossing is of extreme importance to Morocco, which braces for stronger ties with the rest of Africa, notably after submitting a request to join the West African Economic Community (ECOWAS).