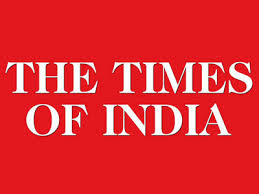 Morocco, India Bound by ‘Partnership of Hope’- The Times of India

A “Partnership of Hope” was the wording used by the Times of India to describe the ever-growing ties between Morocco and India.

In an article published on the website of the Indian paper, Rudroneel Ghosh reflected on the significance of the cooperation agreements signed by the two countries in December in fields including healthcare, Road engineering construction and maintenance, water resources and ports.

He also pointed out to the construction by Morocco’s phosphates company (OCP) of a $230 million plant in Andhra Pradesh as a sign of “growing convergence between India and Morocco.”

The attendance of King Mohammed VI at the India-Africa Forum Summit in 2015 was also reflective of ever-stronger relations between the two countries, he said.
The journalist reiterated what has been said in Indian papers regarding Morocco’s return to the African Union, which qualifies the North African Kingdom to play the role of a bridge between India and Africa in general and French speaking Africa in particular.

With its durable infrastructure, world-class ports and strong economic foundations, Morocco stands as “the perfect launchpad for Indian investments into Europe and North Africa,” he added.