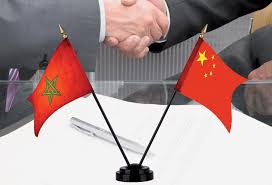 The investments co-developed by Morocco and China as part of the One Belt One Road (OBOR) initiative coupled with the North African Kingdom’s investments in logistics and infra-structure stand as a model to follow for the rest of Africa, stated Kenyan website, the Business Daily.

In an article titled “Lessons from Morocco in China-backed mega project plans in Africa,” the author George Omondi calls on African states to grab the opportunities offered by the OBOR following the Moroccan examples.

He said that Morocco developed the infrastructures conducive to promoting Chinese investments. Omondi focused particu-larly on the beneficial impact on trade and exports offered by the Tangier-Med port, which “handles nine million containers, one million cars, 700,000 trucks and is also a transit for seven million passengers every year.”

“Tanger Med constitutes an industrial hub for more than 750 companies in sectors such as automotive, aeronautics, logis-tics, textile and trade,” the article author highlighted.

He also said that Morocco’s bid to join the West African eco-nomic bloc (ECOWAS) offers prospects for Chinese companies that are willing to tap into Africa’s potential.

“During Morocco’s second China-Africa investment forum held in Marrakech on November 27-28, Chinese investors took turns to pledge billions of shillings worth of investments in the port’s industrial parks and logistics establishments,” he re-called.