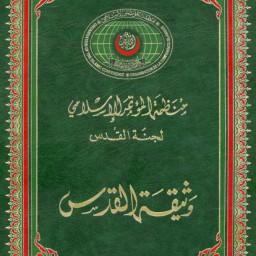 The Arab world group at the United Nations praised, during the emergency special session of the UN general assembly on Jerusalem held Thursday, the role of the Al-Quds Committee, under the chairmanship of King Mohammed VI, in the preservation of the Arab identity, character and demographic composition of the holy city.

The emergency special meeting of the general assembly on Jerusalem was held after the Security Council failed last Monday to adopt a resolution rejecting the US President Trump’s recent decisions regarding the status of Jerusalem, as it was vetoed by the United States.

Speaking on behalf of the Arab group during the emergency special meeting, Yemen’s permanent representative to the UN, Khaled Hussein Mohamed Alyemany, in his quality as chairman of the Arab group, denounced the Israeli maneuvers and plans to lay hands on the Holy city and to distort its Arab identity and demographic composition.

The Yemeni diplomat also condemned the attempts of the Is-raeli occupation authorities to modify the historical and legal status of Muslim and Christian holy places.

“In this regard, we would like to praise the role played by the Al-Quds Committee, under the chairmanship of the Kingdom of Morocco,” said Alyemany.
The Al-Quds Committee, an offshoot of the Organization of Islamic Cooperation, was set up in 1975. Chaired originally by Morocco’s late monarch, Hassan II, the Committee is now led by King Mohammed VI.
In his capacity as chairman of this Committee, King Moham-med VI steps in to defend the holy city whenever Al-Quds and Al-Aqsa Mosque are threatened by provocative practices, by Israel or by its allies, seeking to alter its character, status or demographic composition.

The Committee, through Beit mal Al Quds Agency, also strives to preserve the Islamic and Arab rights in the city of Al Quds and to help its people remain steadfast on their lands. The Agency implements a number of programs and projects, mainly in the sectors of health and education, in addition to the safeguard of the religious and civilizational heritage of the holy city.

The emergency special session of the UN general assembly on Jerusalem adopted with an overwhelming majority a resolu-tion, stressing that Holy City “is a final status issue to be re-solved through negotiations in line with relevant UN resolu-tions”.
The resolution demanded that “all States comply with Security Council resolutions regarding the Holy City of Jerusalem, and not recognize any actions or measures contrary to those resolutions.”

The General Assembly further affirmed that “any decisions and actions which purport to have altered the character, status or demographic composition of the Holy City of Jerusalem have no legal effect, are null and void and must be rescinded in compliance with relevant resolutions of the Security Council.”

In that regard, the Assembly also called upon all States to refrain from the establishment of diplomatic missions in the Holy City of Jerusalem, pursuant to Security Council resolution 478 adopted in 1980.

Reiterating its call for the reversal of the negative trends that endanger the two-State solution, the Assembly urged greater international and regional efforts and support aimed at achieving, without delay, a comprehensive, just and lasting peace in the Middle East.