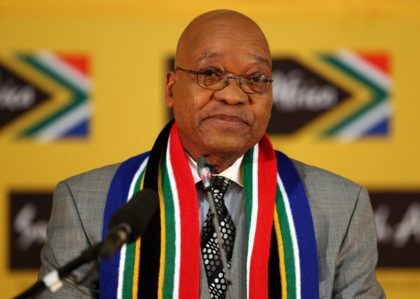 President Jacob Zuma has made a volte-face that bodes well for relations between South Africa and Morocco. Following the talks he had with King Mohammed VI in Abidjan on the sidelines of the AU-EU summit, Zuma continues to talk about promising prospects for ties with Morocco making allusions that Morocco’s absence from the African Union (AU) gave the floor to the Algerian-backed separatists.

In an interview with South African news outlet City Press, Zuma said that he agreed with King Mohammed VI to upgrade the diplomatic ties to the ambassadorial level after the frost that has characterized relations between them due to Pretoria’s recognition of the Algerian-sponsored SADR republic.

He explained that Morocco’s return to the African Union is bridging points of views about the Sahara issue. “Because they had left the OAU [Organization of African Unity, predecessor of the AU], we [the current government] did not have a chance to meet with them.”

Zuma also paid tribute to Morocco for its “critical” military support to President Nelson Mandela in the 1960s, adding that “The king’s grandfather once met Mandela when he was out of the country in 1962. He was traveling around the world, looking for countries that could train Umkhonto weSizwe soldiers. They helped us a great deal. That is why, when Mandela was released from prison, he felt it was important for him to go to Morocco and say thank you to them, notwithstanding the fact that they had left the OAU.”

He also said that he discussed the origins of the Sahara dispute with the King during the meeting in Abidjan, setting the tone of a change in South Africa’s policy towards separatism in north Africa by saying “they know their history better.”