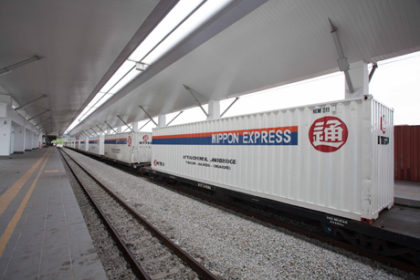 Morocco is attracting foreign companies through its special economic zone with the recent setting up of Japan’s top international freight forwarder, Nippon Express, of a second African branch office in Casablanca to cash in on the continent’s increasingly promising logistics market, said the Journal of Commerce, a biweekly magazine focusing on global trade.

“Morocco is aggressively attracting foreign companies through its special economic zone system, and many Japanese auto parts manufacturers and related companies have already set up operations there,” the magazine said.

The magazine reported that Nippon Express choose to set up a branch in Morocco in light of the country’s ambition to become hub for North and West Africa with its Tangier-Med container port.

Morocco’s international trade with the world has grown 5.5 % in dollar terms through the first three quarters of the year to $50.1 billion, the magazine stated.

The magazine also points out that Morocco has much to gain in terms of trade after its return to the African Union.

Nippon Express branch will also help expand Japanese companies and investments in Africa notably after Japanese Prime Minister Shinzo Abe made a pledge at the International Conference on the Development of Africa in Nairobi in August 2016 to invest a total of $30 billion in Africa over three years.