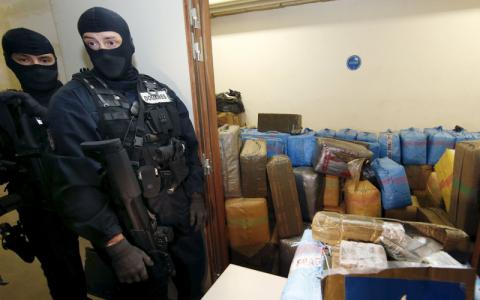 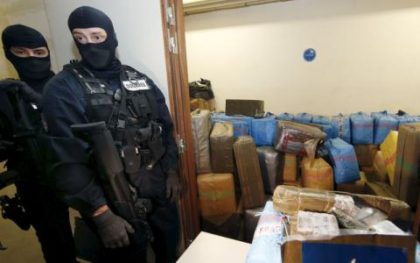 Spanish and Moroccan police have netted close to four tons of cocaine with a street value of over €100 million and seized €13 million in cash in an operation that resulted in the dismantlement of a drug trafficking network.

The Spanish Interior Ministry said that 40 people were arrested in a long-term anti-trafficking operation, in which the Drug Enforcement Administration also took part along with the German and Italian security services.

The Spanish ministry said that 1.3 ton was seized in Spain, while the Moroccan domestic intelligence agency, for its part, netted 2.6 tons of cocaine.

The busted international drug trafficking ring was operating in Spain and Morocco and run from Venezuela by a Spanish national wanted by justice.

In all, 34 men and 6 women from Spanish, British and Moroccan nationalities were arrested in this operation.

Spain is a main entry point for cocaine in Europe, and the busts are some of the biggest in recent years.

Last October, Moroccan police seized 2.5 tons of cocaine with a street value of $2.7 billion.
In May, Spanish authorities said they had intercepted in the Atlantic a boat carrying 2.4 tons of cocaine.