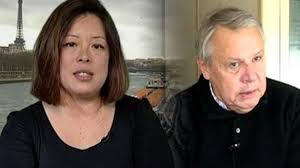 Laurent-Graciet Case: Another Victory for Morocco

French justice on Friday validated the two recordings between the Lawyer of the Moroccan King Mohammed VI and two French journalists, Eric Laurent and his colleague Catherine Graciet, as an admissible proof in the blackmail and extortion legal proceedings.

The Court of Cassation, the highest court in France to which the two journalists appealed, considered that the two recordings having been made by an emissary of Rabat without “an actual involvement” of the investigators, allow to conclude to the “loyalty” in establishing the proof”. The Court has therefore dismissed the journalists, who requested the invalidation of these recordings as a proof.

Patrice Spinosi, lawyer of Morocco, told the media after the hearing that the Court’s ruling is “a very great victory” for the Kingdom. “There is no longer any obstacle to the prosecution and condemnation of the two journalists who wanted to blackmail the king of Morocco,” he said.

“Beyond the case of the Kingdom of Morocco, this decision enshrines the right of every victim to resort to any means of proof, including the recordings, without having the principle of loyalty of proof put into question the police investigations,” he said.

The ruling of the Court of Cassation, rendered at a plenary session, is not subject to appeal. The case will be referred again to the investigating judges

The Investigation Chamber of the Court of Appeal of Reims had rejected last February the request tabled by the two journalists’ lawyers to cancel the recordings, where they were heard asking for money in return for the non-publication of a critical book on Morocco.

The two journalists had demanded, at a meeting with Morocco’s attorney in a Paris restaurant, €3 million in order not to publish a book containing, as they claimed, very critical accounts on the North African nation and monarchy.

During the meeting that was monitored by the French police, the blackmailers received a first payment of €40,000 each and signed a letter setting out details of the instalments to be paid in return for their commitment not to release their so-called damaging book.

The two journalists, confronted by the Paris police and prosecutors by the incriminating recordings with the Moroccan attorney, requested the cancellation of the recordings but they failed in their attempt to have an admissible proof dismissed, as declared Friday by the highest court in France.