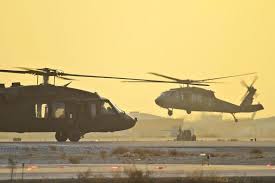 Cost of US Wars in Middle East, Asia: $5.6 Trillion

The cost of US wars in the Middle East and Asia was estimated at $5.6 trillion said The Watson Institute of International and Public Affairs at Brown University in a newly released study.

The cost covers the US wars since 2001 in Afghanistan, Iraq, Syria, and Pakistan. According to the Wall Street Journal, that cost is more than triple the Pentagon’s narrow estimate of $1.5 trillion, which was released by the Defense Department this year.

The Watson Institute of International and Public Affairs deemed that the Pentagon’s estimates failed to consider the costs that were not taken on by the Defense Department in the first place.

“War costs are more than what we spend in any one year on what’s called the pointy end of the spear,” the study’s author, Neta Crawford, told the Journal. “There are all these other costs behind the spear, and there are consequences of using it, that we need to include.”

The study estimates include recurring expenses such as long-term medical care for veterans and war costs incurred by the State Department.