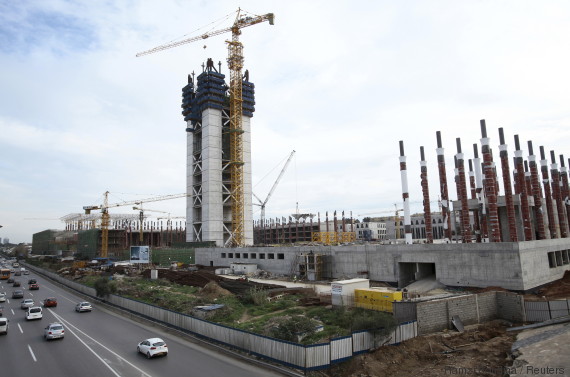 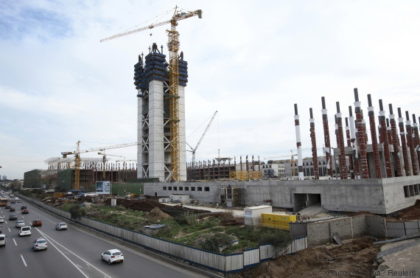 The giant mosque that is being built to stand as a hallmark of President Bouteflika’s legacy has come to represent all that is wrong with financial governance in Algeria. The mega project, initially launched with a price tag of $1 billion, has drawn funds exceeding $2 billion so far.

The monument is becoming a black hole consuming funds at a time Algeria braces for austerity measures to curb the impact of the slump in oil prices, the country’s main source of revenue.

Works to achieve the project were launched in 2012 with the aim to be complete in 2017. Yet, this goal seems distant as the mosque, like several infrastructure projects in the country, is left behind schedule. Construction firms estimate that the project will be ready in 2020 at best.

Besides financial challenges, a set of technical issues are also casting doubt on the resilience of the Algerian mosque’s minaret to earthquakes. These concerns are fed by Algeria’s location sitting astride two major plates regularly hit by earthquakes, especially along the Mediterranean coast.

The fund-consuming mosque raises the issue of graft in Algeria’s infrastructure projects. Algeria’s East-West highway worth $13 billion highway project is one of the most expensive in the world due to several graft scandals involving local officials and foreign firms.

The highway mushroomed into a major scandal as it ran into repeated delays because of corruption investigations.

In another graft scandal involving foreign suppliers, a group of former top officials from the Algerian state oil company Sonatrach were indicted on corruption charges.

Algeria sank in the 2016 corruption perception index established by Amnesty International from 100th position to 108th out of 177 countries.