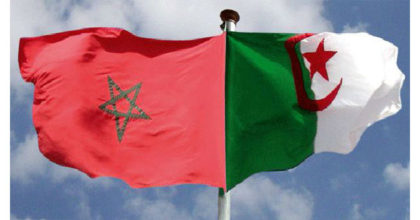 The long awaited 2018 Doing Business report has vindicated Morocco as a shining model in terms of ease of implementing investments in North Africa and controverted Algeria due to its unpropitious business climate.

The report invalidates the unfounded statements uttered by Algeria’s foreign minister, Abdelkader Messahel, who claimed that his country ranks first at the north African level with regards to offering conditions conducive for setting up businesses.

“Algeria is the best place for doing business in North Africa,” Messahel said a week ago, shamelessly demeaning the economies of Morocco, Tunisia, Egypt and Libya.

After they bragged about fictional achievements in attracting investments, Algerian officials were silenced and maybe brought to their senses by the World Bank report.

The report was met with a deafening silence by Algeria’s pro-regime media, which saw the country sink deep in the ranking in the rear back of the list of the least performing countries.

Algeria was ranked 166th along with war-torn countries where doing business is fraught with all sorts of risks. The business climate in Algeria was comparable with conflict-stricken countries such as Iraq (168th), Syria (174th) and Libya (185th). The country came far behind Egypt (128th) and Tunisia (88th).

Morocco, for its part, which was subject to a diatribe by Algeria’s foreign minister was incomparable with Algeria. The Kingdom was competing in a different league, ranking 69th globally, first in North African and third in the MENA region.

The irony is that Algeria was not even able to retain its previous 156th position. It lost ten places as it continues to reel from falling oil prices and lack of genuine reforms to attract investments and diversify the economy.

“Doing Business 2018: Reforming to Create Jobs”, a World Bank Group flagship publication, is the 15th in a series of annual reports measuring the regulations that enhance business activity and those that constrain it.

The report assesses quantitative indicators on business regulations and the protection of property rights that can be compared across 190 economies.

Doing Business measures regulations affecting 11 areas of the life of a business. Ten of these areas are included in this year’s ranking on the ease of doing business: starting a business, dealing with construction permits, getting electricity, registering property, getting credit, protecting minority investors, paying taxes, trading across borders, enforcing contracts and resolving insolvency.