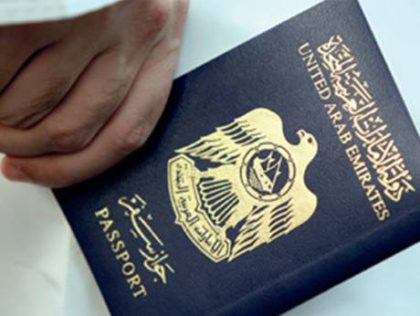 The  United Arab Emirates (UAE) has retained its rank as the Arab country with the most powerful passport in the Middle East on Passport index with a score of 126.

The rankings published by Arton capital places the  gulf country in the 26th position on the global rankings.

Emiratis can visit 126 countries on visa-free travels with Chad being the latest country to grant Emiraties visa free entry to the African Saharan country.

Globally, Singapore tops the rankings with a total score of 159 thanks to Paraguay, which recently removed visa requirement for Singaporeans.

The top 20 countries on the rankings are predominantly from Europe alongside some Asian countries such as Japan, South Korea and Malaysia.