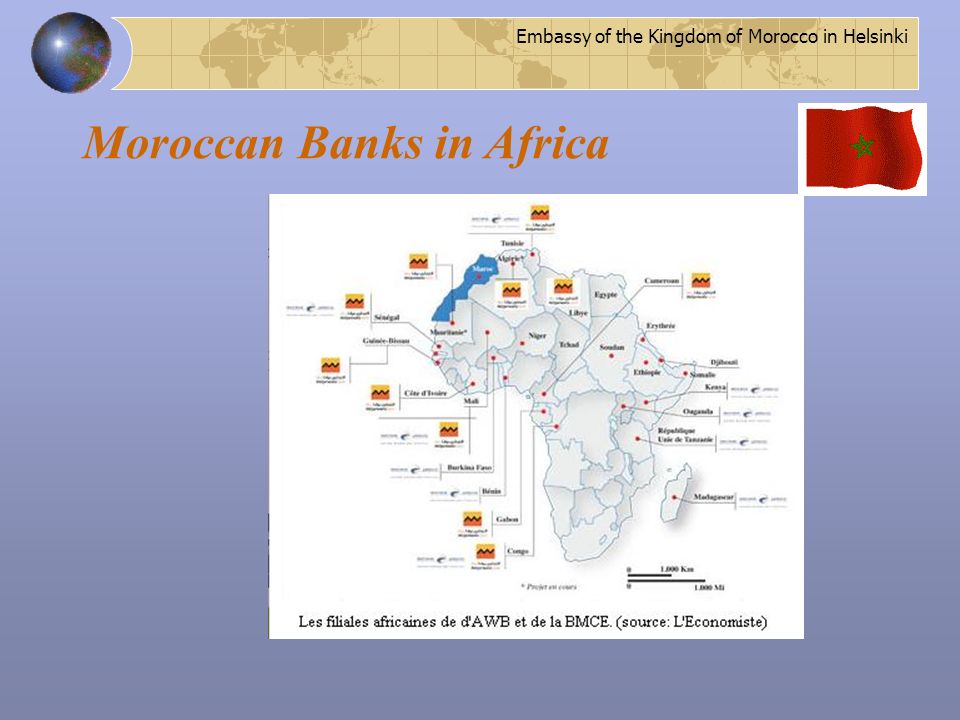 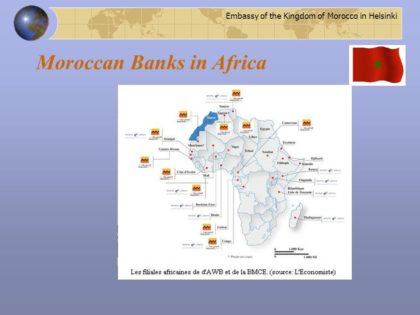 Embassy of the Kingdom of Morocco in Helsinki. Moroccan Banks in Africa. 37.

The diatribe against Morocco that the Algerian Foreign Minister shamefully made during a meeting at the Algerian Business Leaders Forum, “reflects complete and blatant ignorance of governance rules and ethics governing activities by Moroccan banks all over the world and of course in the African continent,” said the GPBM in a statement.

The Professional Grouping of Moroccan Banks reserves the right to reply to the serious remarks made by the Algerian foreign minister, the statement said, pointing out that Moroccan banks deplore that Algerian officials failed to keep pace with the institutional and economic evolution witnessed by African countries in all areas.

The statement points out to reports of international financial institutions such as the World Bank, the IMF, the Financial Action Task Force (FATF), rating agencies and finance observers worldwide, which all deem the Moroccan banking sector as a reference in the MENA region and Africa thanks to its high performance and respect for most advanced prudential rules, mainly the Basel II and III standards, IFRS, said the statement.

The GPBM statement went on to highlight that Moroccan banks are present in Africa thanks to their level of good governance, transparency, and the fight against money laundering and terrorism funding pursuant to FATF standards, in which Morocco is a founding member, in addition to the different international obligations on conforming or sharing financial data to which Morocco adheres.

Moroccan banking establishments, partnered with renown international banks, are supervised and governed by one of the most modern banking legislations that include advanced standards to combat money laundering and are subjected to rigorous, ongoing banking supervision by Morocco’s central bank (Bank Al Maghrib), the GPBM noted.

The Moroccan banks apply this same rigor in their development internationally, including in Africa, with a clearly-devised strategy and a transparent model in all its economic, financial, technical, human and social aspects, said the statement.

Armed with these assets, the Moroccan banking sector puts its trust in the African continent and has been committed, on the field and for decades, to its development for the benefit of its population and economy, said the grouping, assuring that “we remain alert and on standby to preserve and reinforce our presence and contribution to the economic and social development in Africa, while strictly and constantly respecting the best international practices as well as modern standards.”

Moroccan banks are now present in 22 African countries and around 17 per cent of their foreign activity is on the continent.