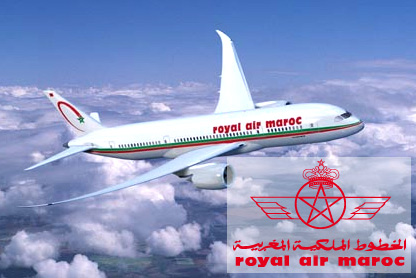 Morocco’s Flag Carrier, Royal Air Maroc, has vehemently rejected the disrespectful statements pronounced by Algeria’s Foreign Minister, Abdelkader Messahel, who accused the company of carrying something other than passengers in an allusion to drugs.

RAM said in a statement that the Algerian foreign minister’s blunder “reveals a complete ignorance of the air sector which is regulated by highly-qualified international bodies.”
RAM added that it operates as a member of the International Civil Aviation Organization (ICAO) and that it ensures strict respect of international rules and regulations in terms of security.

The Algerian foreign minister thought that he could seriously slander Morocco’s carrier by making unfounded statements aimed indisputably at undermining Morocco’s influence through its national airline. This, added the statement, shows a blatant lack of professionalism and a complete ignorance of diplomacy.

RAM rejects such false statements towards an airline, which has been working for years for fostering social and economic ties in Africa, said the statement, adding that RAM is an internationally-recognized company operating according to the best standards related to regulating global air transportation.

Renowned for its internationally-recognized security standards, RAM is the second airline in Africa, said the statement, noting that it ranks among world’s leading airlines and benefits from a 4-star airline certification by Skytrax, an international airline rating and review system.

“Royal Air Maroc” was awarded, by Skytrax for three years in a row, the title of the best regional airline in Africa in recognition of its major role at the continental level.

With a 60-plane fleet, the carrier serves 97 destinations in four continents. The company employs over 4,000 employees of different nationalities.

It has developed robust partnerships with major international airlines such as Qatar Airways, Iberia, Turkish Airlines, and Saudi Airlines. RAM has also trained hundreds of African pilots and technicians.

Given all these references, “Royal Air Maroc” is outraged by such false statements made by the Algerian foreign minister, said the statement, assuring that RAM intends to uphold its honor and that of its 4,000 collaborators and 7 million passengers, including 2 million African passengers, by availing itself of the right to reply.