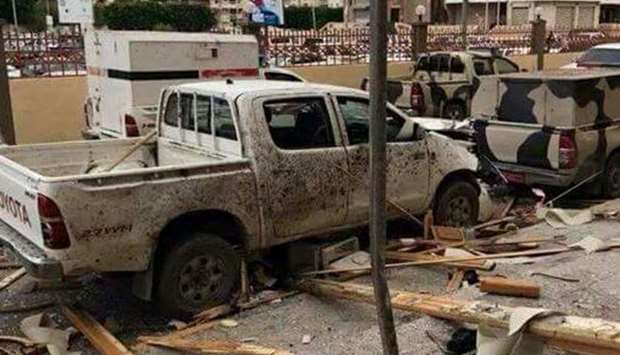 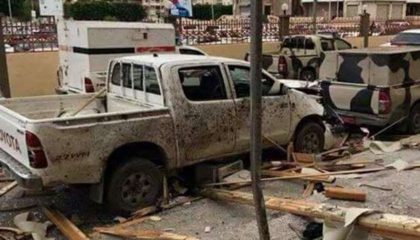 The so-called Islamic State group (IS) Wednesday claimed credit for the attack on a court house in the city of Misrata in which four people including a security officer have been confirmed dead.
The group swiftly on its media agency Amaq said its commandos raided the court building.
Reports say three men arrived in a car, pushed through the entrance of building to have access to offices located inside.
They exchanged fire with judicial police and security force units which arrived on the site. One jihadist blew up himself on the second floor, blowing up windows and causing important damages.
Another terrorist was killed and the third arrested in the shootout which lasted for over half an hour.
15 people were seriously injured in the attack which took place during a court session.
Accounts say the group attacked the complex over claims that some of its fighters were brought for trial and the city mayor, Mohamed Eshtewi told reporters that there was trial of IS captives.
Misrata controlled by forces loyal to UN-backed Presidential Council (PC) has not witnessed attacks since 2015.
The city forces known as Bunyan Marsous backed by the PC and the US airpower got rid of IS in the city of Sirte following months of fighting which started in May.
Authorities last week warned that the terror group is regrouping outside Sirte.
The latest attack came few days after US airpower conducted several airstrikes last week and the week before against positions of the terrorist group.
17 jihadists were killed in the first sortie which took place one week ago. Three vehicles used by the terrorist to convoy fighters in and out were destroyed.