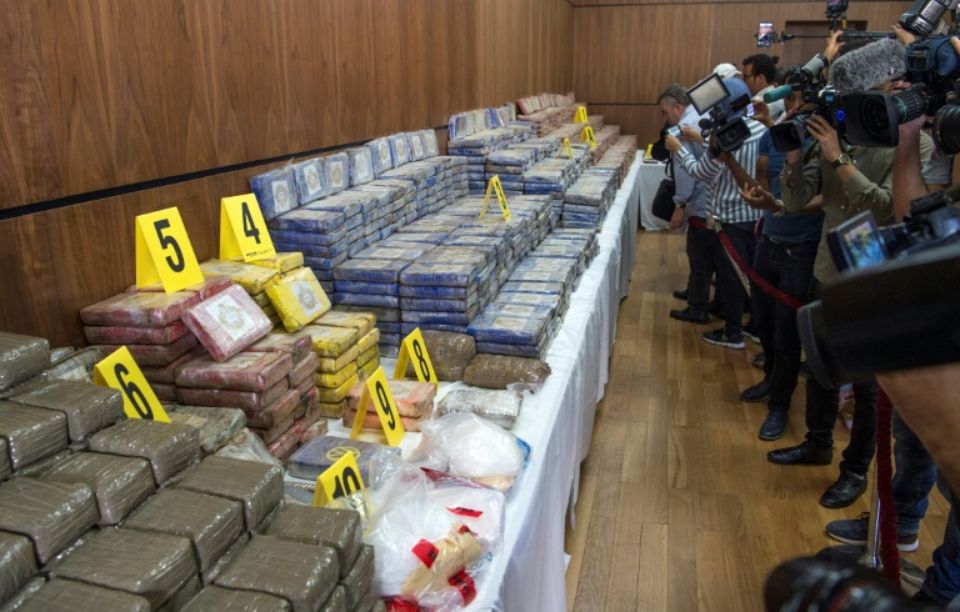 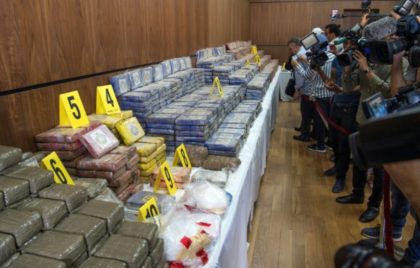 Two and a half tons of cocaine with a street value of 2.7 billion US dollars were seized by the Moroccan security services, in their largest ever operation, showing the efficiency of the country’s drugs control strategy.
This biggest drug bust was announced Wednesday by Morocco’s Central Bureau for Judicial Investigation at a press conference. The Bureau chief Abdelhak Khiame said the drugs were seized in the Atlantic coastal towns of Skhirat and Bouznika and the Mediterranean town of Nador.
He also announced the arrest of 13 people and seizure of cars, rifles and $480,000 in cash. The captured dealers include some holding dual citizenship (Moroccan-Dutch or Moroccan-Spanish citizenship). Two of them, considered as the brains of the network, are also in custody from a previous arrest.
The cocaine came in batches from Mexico and Venezuela, and was destined for sale in Morocco and beyond, explained Mr. Abdelhak Khiame.
This impressive drug seizure shows that the North African Kingdom, which has long been considered as a transit country for cocaine trafficked to Europe, is increasingly becoming a target too.
Over the past decade the flow of cocaine from South America to West Africa, and subsequently through North Africa to Europe and the Middle East, has expanded rapidly.
The UN Office on Drugs and Crime estimates that between 20 and 40 MT of cocaine transits the region annually in route to Europe. Morocco works closely with the United States and European partners to combat drug trafficking.
The Central Bureau of Judicial Investigation was established in 2015 and is among the agencies with authority to conduct counternarcotics investigations.
US Drug Enforcement Administration (DEA) opened a Rabat office in July 2015 to provide support, assistance, training and information sharing.