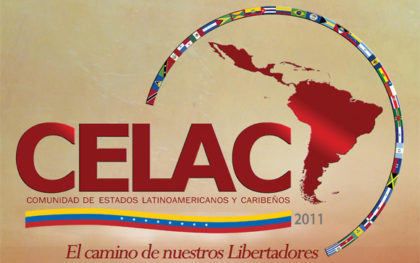 The Community of Latin American and Caribbean States (CELAC) has renewed its firm support to the efforts seeking to achieve a mutually acceptable political solution to the issue of Moroccan Sahara.
Speaking before UN 4th Committee, permanent representative of El Salvador Rubén Ignacio Zamora Rivas said CELAC bloc strongly backs the efforts made by the UN Secretary General and his personal envoy for a just, lasting and mutually acceptable political solution to the Sahara issue.
“These efforts, which aim to promote intensive and substantial talks between the parties, will continue (…) pursuant to UNSC resolutions in order to reach a final solution” to the Sahara issue, said Mr. Rivas.
All UN resolutions on the Sahara describe the Moroccan autonomy initiative as serious and credible. In 2007, Morocco offered the autonomy initiative after the idea of referendum proved to be unfeasible in view of disagreements over who is eligible to vote. The North African Kingdom’s autonomy plan has been internationally endorsed as the best workable solution.
Under the autonomy plan, the Saharan population shall have powers to manage their local affairs within the framework of Morocco’s sovereignty and territorial integrity.
The Polisario and its mentor Algeria discard the autonomy option as they continue to stick to obsolete positions reminiscent of the Cold War era leading to the perpetuation of the conflict and the prolonging of the suffering of the Saharan population held in the Polisario-run camps in southwestern Algeria.
Algeria continues to fund, support diplomatically and arm the Polisario militias which it hosts in the region of Tindouf since the 1970s. The Polisario have been using Algerian territories as a rear base for their guerilla warfare against Morocco until the UN-brokered ceasefire agreement in 1991.
The CELAC, which supports political solution in the Sahara, is a regional bloc consisting of 33 Latin American and Caribbean states. This grouping aims to unite all of the Latin American and Caribbean states in order to strengthen the political, social and cultural integration of the region
Representing 600 million people, this organization also seeks to improve social welfare, the quality of life, economic growth and to promote independent and sustainable development.