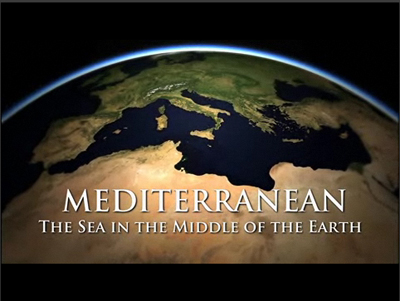 After decades of elusive quest for a common Arab economic space and EU-promoted trials with the fluky Euro-Mediterranean Free Trade Agreement (EU-MFTA), the economies of the MENA region are facing the challenge of deciding whether to bury or revive the ‘frozen’ regional integration processes.

Prior to the events of the Arab Spring, the MENA member countries had counted on sub-regional trading blocks (Arab Unions) to contrive both opening and boosting their economies. This drift had contributed to much of the debate on the possibility, for the Arab countries, to embrace the dynamic effects that emerge from the internationalization process (such as an increasing rate of investment, a higher intra-industry trade, and reduced balance of payments distortions), given the make-up and the performance of their economies. The ongoing process of a nascent economic reconstruction within the region has again brought up the possibility of tighter integration.

The formation of an FTA within the MENA region itself has been overall somewhat less successful, partially owing to the Arab Spring movement.

In fact, the MENA region is already rich in trade cobwebs that are for the biggest part legacy of the Barcelona Declaration (1995), the founding act of a comprehensive partnership between the EU and twelve countries in the southern Mediterranean. The EU-initiated program initially relied on the establishment of a thorough free trade zone throughout the Mediterranean by 2010, though the envisaged plan has yet to be fulfilled. Instead, only the first part was implemented – the EU succeeded in creating free trade areas (FTAs) with all of its MENA neighbors except for Libya. The second part of the project – formation of an FTA within the MENA region itself – has been overall somewhat less successful, partially owing to the Arab Spring movement and the subsequent developments. We could get the only glimpse of the FTA within the MENA region in the Agadir Agreement, signed in Rabat in 2004, that called for the establishment of an FTA among the Arabic Mediterranean economies.

The economic impact of the whole integration design achieved so far has, however, been rather disappointing. The inter-regional trade among the Arab countries accounts just for 10 percent of the total trade volume, compared to EU’s decisive majority. Moreover, the EU-led integration model has apparently created the hub-and-spoke structure, with the EU being a hub and MENA countries being spokes, which has formed disincentives for the broadening of the inter-regional trade and investment. The integration under EU agenda seems to be virtually lopsided, and its chief outcome was to open Arab markets for European exports. A World Bank study (2008) suggests that the trade agreements with the EU did not help to withstand the competition coming from China and India, and they impeded the growth prospects. The lopsidedness of the whole integration endeavor might have indeed discouraged the MENA members from further action, but it could also well serve as a motivation to pursue their own way of economic integration helping them boost the reconstruction and benefit their economies.

The economic integration does not have to been necessarily fashioned by the Western countries, but can be “home-made” and adjusted to the particular needs of the given area. The truth is, however, that the trade of the Maghreb region with the rest of the world and the Arab world is relatively small. In fact, the inter-regional trade within the MENA is lower than that of any other trade block, with most exports concentrated on a few commodities and goods. The trade activity indeed varies from country to country with Morocco and Tunisia being the biggest players having more diversified and abundant trade portfolios. Already before the Arab Spring, the advantages of the integration processes were hardly visible – intra-Maghreb trade accounted for two percent of the region’s combined GDP, and less than three percent of the region’s combined trade volume.

The Maghreb is still faced with various complex foreign policy problems, among the most significant being the closed border between Morocco and Algeria.

Some of the reasons behind this low performance are still very high and omnipresent barriers to trade, logistical bottlenecks, lack of production base diversification and political considerations. Particularly the latter is likely to be an increasingly important factor working against a potential post-revolution revival of the economic integration processes. Any project of economic integration, whether truly growth-enhancing or not, is usually born as political agenda, and thus must be anchored by strong political incentives. Governments play a key role in boosting investments by removing hurdles facing entrepreneurs, facilitating customs procedures and axing customs duties. Yet, it is hard to believe that North African governments would prioritize these necessary prerequisites while facing various internal problems of socio-political character, sometimes even problems with their very survival, as demonstrated by the current constitutional crisis in Egypt. Furthermore, Maghreb is still faced with various complex foreign policy problems, among the most significant being the closed border between Morocco and Algeria owing to the Western Sahara issue.

In spite of this, Maghreb business leaders have clearly called for trade liberation and a deeper inter-regional integration including the creation of the common construction and food industries. Moreover, they have repeatedly emphasized the necessity for a re-direction from an EU-led approach towards a Tunisian-Libyan co-operation model as a way to go for further integration in the Maghreb region. „Their cooperation is one of mutual interests and agreements between Tunisia and Libya, as there are periodic meetings of the Tunisian-Libyan committee that looks into investment opportunities and bilateral trade,“ said Mohamed Ali Haweij, the Secretary of the Libyan General People’s Committee for Industry, Economy and Trade. He added that the sweeping action on the Maghreb front “would not be possible except when issues such as smuggling, commercial fraud, counterfeiting and distortion of the economic process are addressed, in addition to removing barriers, especially to freedom of movement”.

Deeper regional integration in North Africa is imperative to build markets and new opportunities for growth, job creation and economic development within the region. An African Development Bank study concluded that creating a free and united Maghreb economic environment as well as building a network of human resources could boost each MENA country’s GDP by up to 1.84 percent, while helping to tackle structural problems, such as unemployment. To achieve this goal, MENA governments will have to go beyond the mere copy-paste approach to integration to develop their own policies that will reflect the particularities of their own economic and institutional design.