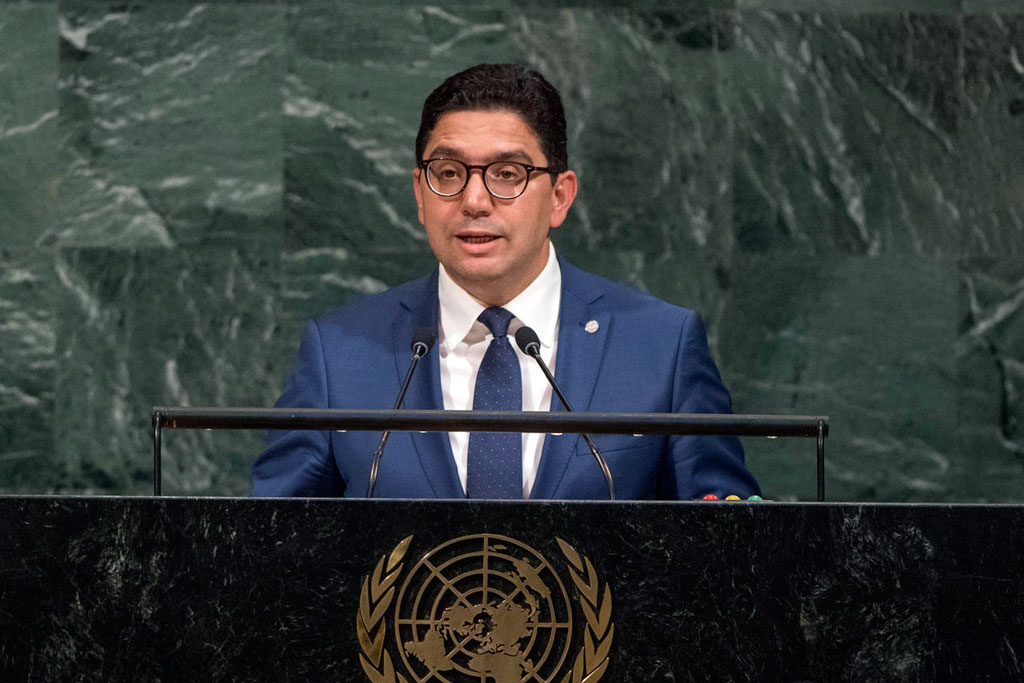 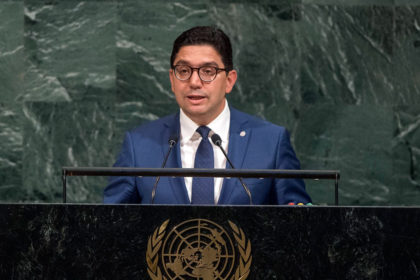 Morocco’s triumphal return to the African Union, its south-south cooperation endeavour and the paralysis plaguing the Maghreb as well as its efforts to find a lasting settlement to the artificial dispute over the Sahara were salient features in the speech delivered by Foreign Minister Nasser Bourita before the UN General Assembly.

Bourita recalled that Morocco’s return to the African Institutional family is the fruit of tireless efforts spearheaded by King Mohammed VI in favor of a solidarity-based south-south cooperation approach.

The Minister recalled the guidelines spelled out in the King’s speech on August 20, 2016 in which the Monarch made it clear that “Morocco does not view Africa as a market for the sale and promotion of Moroccan products, or as a continent for making quick profit. We see Africa as a forum for joint action, for promoting development in the region, and for serving African citizens.”

The Minister also highlighted the south-south cooperation approach governing its ties with African countries, saying that this cooperation policy yielded flagship projects marked by sharing know-how and expertise and unlocking the potential of African states.

The speech also shed light on the visits paid by the sovereign to several African states as part of strengthening longstanding ties and prospecting new ways of further bolstering economic relations.

On the Maghreb, the Minister deplored the state of paralysis hampering the region from achieving integration.

Concerning the Sahara issue, Bourita reiterated Morocco’s willingness to settle the dispute on the basis of the autonomy initiative that has been internationally welcomed as “serious, credible and realistic”.

“It is up to the other parties to this regional conflict to shoulder their responsibilities and be seriously and constructively involved in the political process under the aegis of the United Nations,” Bourita stressed.

He added that Morocco spares no effort to push forward a pioneering development model for the southern provinces, the Sahara, through an advanced regionalization plan enabling the local population to manage their own affairs in a democratic framework.

The Minister also deplored the inhumane situation prevailing in Tindouf camps and called on the international community to put pressure on Algeria to enable- in implementation of UN Security Council resolution- a census of the population held in the Polisario administred camps.

North Africa Post's news desk is composed of journalists and editors, who are constantly working to provide new and accurate stories to NAP readers.
NEWER POSTAttijariwafa Bank Expects Egypt’s Unit to be its Major Growth Driver
OLDER POSTMorocco Remains at the Core of Global Counterterrorism