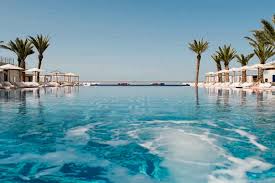 The Qatari QInvest Fund and the Moroccan Sovereign Wealth Fund Ithmar Capital have set up a joint venture, through which they are to partner in carrying out three large-scale tourism projects to be launched shortly in Morocco.

According to the Moroccan news portal, le360, the recently created new company, Oryx Capital, will carry out studies and audits to determine the feasibility of investment projects that could be developed in the tourism sector and hotel industry in Morocco.

Oryx Capital, with an initial capital of over $5 million (50 million DH), will in a first phase focus on three major projects, starting with the new ski resort “Oukaimeden” in the Middle Atlas, the news portal reports. The project consists of a mixed station around a medina and offers sports and entertainment facilities.

The second project concerns the setting up of an amusement park in the area of Marrakech to be integrated into an entertainment and recreational center.

The company will finally conduct studies on a sea resort, dubbed “Al Chatii Al Abyad” or the “White Beach”, in the Guelmim-Es Semara area. The resort will offer a variety of leisure activities for local and foreign tourists.

Once the studies are completed, the two partners would jointly implement the projects.

According to the news website, the creation of the new entity has been in the pipeline since May 2016.