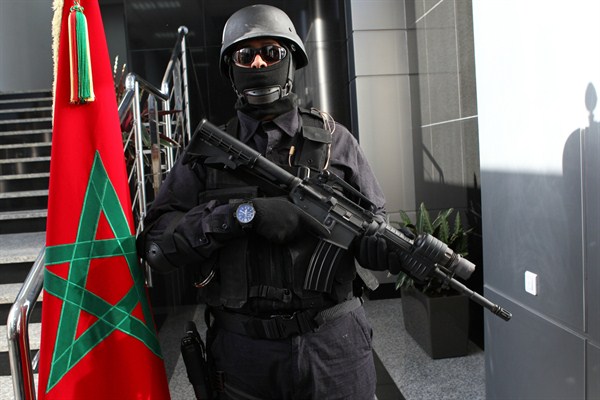 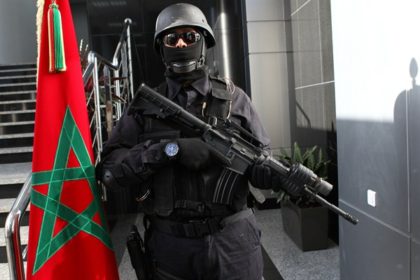 Moroccan authorities in coordination with Spanish counterparts dismantled a terrorist cell comprising five Moroccans and a Spaniard loyal to IS.

The Moroccan Interior Ministry explained in a statement that the terrorist cell was busted by Morocco’s counterterrorism agency, the Central Bureau of Judicial Investigations (BCIJ), in the area of Beni Chiker in Nador’s suburbs.

The Spanish member of the cell was arrested in the Spanish occupied city of Melillia along with an accomplice with ties to the disbanded terrorist cell, the statement explained.

Investigations reveal that the cell was active in recruiting terrorists from Morocco and Spain to the ranks of IS, the statement said.

Members of the cell used to hold secret meetings and physical training in preparation for eventual knife attacks, the interior ministry said, adding that they plotted to perpetrate terrorist attacks in Morocco and Spain.

The dismantling of this cell is part of Morocco’s pro-active anti-terrorism approach. It also comes in a context marked by the exacerbation of the terrorist threat in Spain and Morocco as the IS group endures setbacks in its Iraq and Syria strongholds pushing it to export terrorist attacks elsewhere.