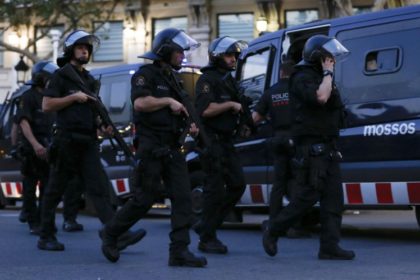 In the wake of the terrorist attacks that shook Barcelona and Finland, several media outlets and self-proclaimed pundits took the easy way of putting the blame on Morocco, the country of origin of most of the radicalized youth, instead of lambasting the European laxism and intelligence failure.
The desperate attempts at pushing the name of Morocco whenever a radicalized member of its expatriates commits a terrorist attack is indicative of a shortsighted analysis. The situation in Morocco where IS has never been able to commit a single attack since its creation in 2014 discredits those who try to sow confusion over terrorism in Morocco.

The Kingdom’s security services have on multiple occasions played a pivotal role in averting terrorist attacks in Europe. The Moroccan counterterrorism intelligence helped France, Belgium and Spain thwart a number of terror attacks. It was Moroccan intelligence that helped locate Abdelhamid Abaaoud, the mastermind of the November 2015 attacks in Paris.

Morocco’s intelligence service also alerted German counterparts in September 2016 that Anas Amiri was about to perpetrate a terrorist attack on German soil three months before he did.

Most of those claiming Moroccan origins and who are involved in terrorist attacks in Europe have been radicalized and raised in Europe. Hence the need for European countries to monitor the religious discourse in their mosques.

The Spanish interior ministry has on multiple occasions underscored Morocco’s key role in promoting the European Union’s counterterrorism efforts, saying that the Kingdom is Spain’s “best partner” in addressing the global scourge of jihadism.

In a recent report, the International Crisis Group, said that Morocco has robust security services and comprehensive counterterrorism strategy that made the country the most insulated against ISIS attacks in the MENA region.

The pro-activeness and effectiveness of Morocco’s anti-terrorism approach, which resulted in busting several terrorist cells before they moved into action and geared efforts towards tackling the root causes of extremism was also commended by the US State Department.

“Morocco is a stable security-exporting partner in North Africa and is the only African nation to contribute military assets to the Defeat-ISIS Coalition campaign in Syria and Iraq,” underscored the US State Department in its Country Reports on Terrorism 2016.

The US State Department also shed light on the key role played by the Moroccan Central Bureau of Judicial Investigation (BCIJ), since its establishment in 2015, as the primary law enforcement agency responsible for counterterrorism law enforcement. The BCIJ conducted operations in cooperation with international partners leading to numerous disruptions of alleged terrorist cells and prosecutions of associated individuals, adds the document.