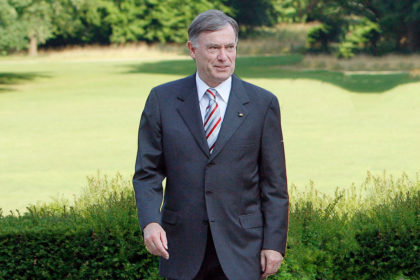 Secretary General of the United Nations, Kofi Annan arrives at Bellevue Palace to be received President and Mrs Kohler

The EU, France, Spain and Germany have welcomed the appointment of Germany’s former President Horst Köhler as new Personal Envoy of the UN Secretary General for the Sahara.

“The EU is looking forward to working with Kohler,” said an EU Spokesperson in a statement to Morocco’s news agency.

“The EU continues to encourage all parties to find a solution in line with the UN Security Council resolutions and the UN Charter,” the Spokesperson said.

The French foreign ministry, for its part, commended in a statement the appointment of Kohler and expressed France’s “full support” for him.

In the same vein, France reiterated support for Morocco’s autonomy initiative, saying that it represents a basis for a serious, credible and mutually acceptable solution.

In this regards, France stressed the need for relaunching the political process under the aegis of the UN and in conformity with the Security Council resolution 2351 adopted on April 28, 2017.

Spain has also welcomed the appointment of Kohler in a statement by its foreign affairs ministry, expressing support for the UN Secretary General’s intention to relaunch negotiations between the parties.

Spain said it will back Kohler to reinvigorate efforts aiming at reaching a fair, lasting and mutually acceptable solution.

He praised, in a statement, Kohler for his commitment in favor of the African continent when he was German President and also as head of the European Bank for Reconstruction and Development, saying that he is the right man to address the challenges of the Sahara issue.

He added that Kohler will work with the parties to find a fair and politically feasible solution acceptable to all parties.