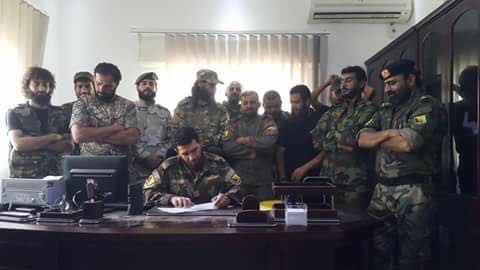 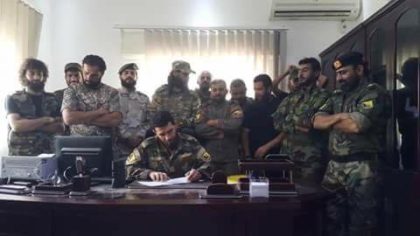 The Hague-based International Criminal Court (ICC) has issued an international arrest warrant for Mahmoud Mustafa Busayf Al-Warfalli, accused of war crimes for the execution of terrorist suspects in Benghazi, when the city was re-conquered by Field Marshal Khalifa Haftar’s forces.

ICC’s Pre-Trial Chamber I indicted the Field Commander of the Special Forces Brigade (Al-Saiqa) for alleged direct or indirect involvement in the murder of 33 persons, which took place from on or before 3 June 2016 until on or about 17 July 2017 in Benghazi.

“Such egregious crimes, including the cruel and dehumanising manner by which they were perpetrated against helpless victims, must be stopped. Accountability for atrocity crimes is better suited to advance the ends of peace and stability, not more violence,” said ICC Chief Prosecutor Fatou Bensouda.

Mahmoud Al-Warffali has been singled out after he appeared in a series of videos showcasing execution operations by Haftar forces in Benghazi.

The UN last month expressed concern over the execution of terrorist suspects in Benghazi in the name of war against terrorism.

“We are deeply concerned that, after recent fighting in Benghazi, people taken prisoner by members of the Libyan National Army, which effectively controls eastern Libya, may be at imminent risk of torture and even summary execution,” said UN human rights spokesperson Liz Throssell.
“We urge the LNA to ensure there is a full, impartial investigation into these allegations,” Liz Throssell said.

Over the UN outcry, the commander stepped down but the chief of the Special Forces maintained him.

In November last year, the ICC told the UN Security Council that it would increase efforts to investigate cases of war crimes and crimes against humanity committed in Libya by factions vying for power.

North Africa Post's news desk is composed of journalists and editors, who are constantly working to provide new and accurate stories to NAP readers.
NEWER POSTCanadian Company Exploring for Gold in Mauritania
OLDER POSTIran: Nuclear Program Can be Reactivated in Hours, Rouhani Warns