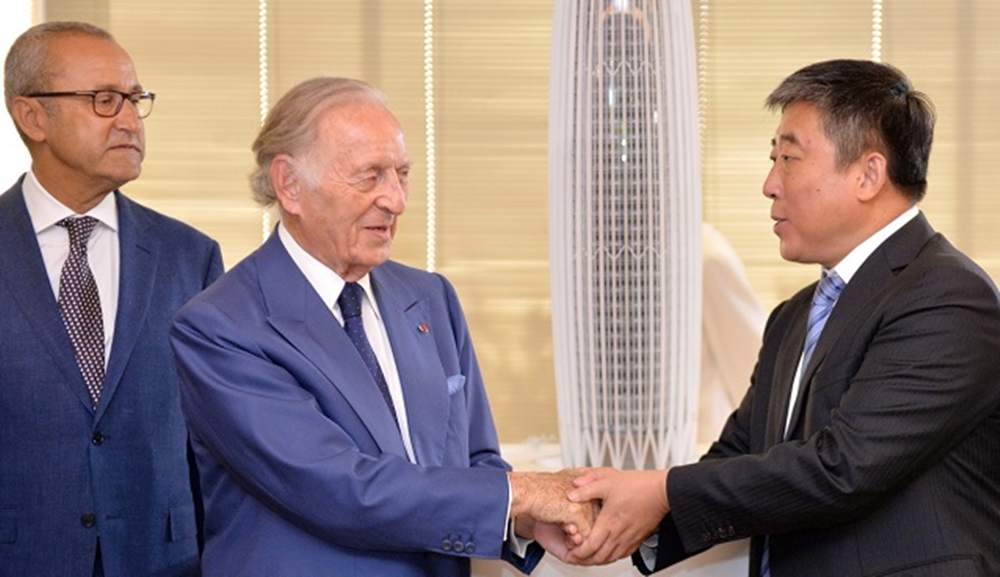 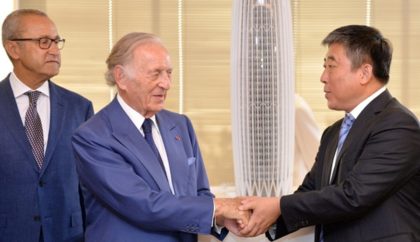 Speaking following the signing ceremony in Casablanca, CEO of BMCE Bank of Africa said that the new edifice, which will be known as “Rabat Tower”, is meant to be “an impressive icon in the urban and economic, cultural and touristic landscape of Morocco.”

The Chinese-Moroccan consortium won the contract to build the tower last May. The CRCC said previously in a statement that it will take responsibility for 60% of the project, which is budgeted at $380 million, while their Moroccan partners will handle the other 40%.

The skyscraper, adopting ecological and sustainable design concepts, will be home to office spaces, luxury apartments and hotels with a total designed floor space of 86,000 square meters.

The tower is owned by one of Morocco’s top billionaires Othmane Benjelloun through his Paris-based money management firm, FinanceCom Asset Management.

BMCE bank is the largest in Africa with operations in more than 20 countries. Its CEO Benjelloun is also planning to build a 30-story rocket-shaped tower that will loom over Casablanca.