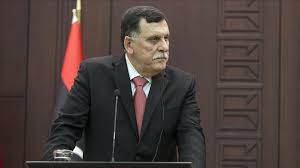 Prime Minister-designate Fayez al-Serraj of the UN-backed Government of National Accord has revealed plans for presidential and parliamentary elections in 2018 as he stated that “the time has come for unity and salvaging our nation.”

In a televised speech broadcast over the weekend, Serraj said he was presenting his “vision and proposals for the next phase and a roadmap that may contribute to ending the current crisis and find common ground for a more secure and stable situation.”

Libya entered a very high turbulence zone in 2011 following the upheaval against the Gadhafi regime and the death of the long-time serving head of state.

Armed militia and tribal groups have emerged since then and some of them are unwilling to heed to decisions of political authorities.

Serraj described the insecurity in the country as the “thorniest” challenge facing the country, stressing that the militias should have been disarmed after the ousting of Gadhafi.

“We are now harvesting the fruits of these mistakes,” the Prime Minister-designate noted before calling for a “ceasefire and stopping all fighting in the country, except for anti-terror battle in line with the Libyan political deal and international agreements.”

He expressed hope that this would pave the way for the State to be reformed by electing a new president and a new parliament with a mandate of “three years maximum”, or until a new constitution is drafted and adopted in a referendum.

Attempts to adopt a new constitution have been made since 2012 but to no avail as authorities fail to agree on the approach to be taken.

Serraj said he is “confident that the national spirit will overcome the narrow personal interests” as he called for a “compromise even if it’s painful.”

He insisted that the UN-backed political authority is determined to overcome the current crisis and unify Libyans on the path towards reconciliation and reconstruction.