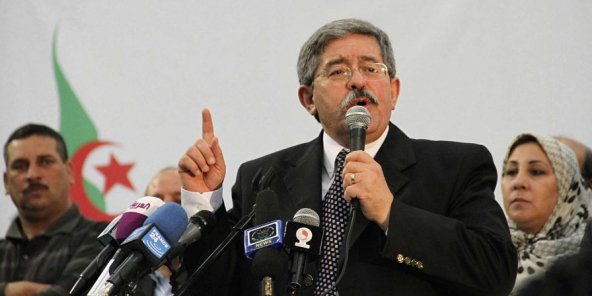 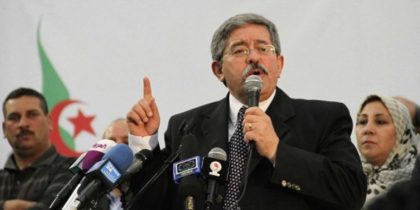 Few days after the launch of a migrant regularization campaign in Algeria, a new Algerian political leader and former Prime Minister Ahmed Ouyahia expressed heinous statements verging on racism and hate speech against Sub-Saharan migrants in the country.

Speaking to Ennahar TV station, Ouyahya, Secretary General of RND political party, described Sub-Saharan migrants as a “source of crime, drugs and other calamities.” His racist statements show fierce opposition to the government’s attempt to save its face by giving sub-Saharans an opportunity to obtain residency status in Algeria.

The Algerian politician went on to refuse to consider migration from a human rights perspective saying with a hostile tone that the issue is part of state “sovereignty”.

In saying so, Ouyahya is attempting to surf on the tide of populism ahead of the 2019 elections. “These people are on Algerian territories illegally,” he said, adding that “the law does not allow the state to resort to foreign workers”.

He continued to indulge in racist comments saying that the “state should protect Algerians from anarchy by imposing strict rules on these people (migrants)”.

His openly condoned anti-refugee sentiment going as far as praising Trump without naming him, citing notably the need for a wall to protect the country from foreigners similar to the one the US wants to build on its southern borders with Mexico.

This is not the first time Algerian politicians utter racist remarks against migrants in an attempt to ignite nationalistic fervor at times of financial crisis. Last year, Advisor to President Bouteflika and surprisingly head of Algeria’s human rights commission Farouk Ksentini made scandalous statements, bluntly accusing sub-Saharans of spreading HIV and diseases in Algeria.

It is no wonder then that a large segment of Algerian society is following suit, spreading hate on social media bearing the hallmarks of racism in its abhorrent forms. Recenty, a hashtag “cleaning Africans off Algerian cities” was launched by Algerian anti-migrant activists on Twitter.

Embarrassed by the proliferation of racism against migrants and in need of workers in farming and construction, Algeria rushed to save its face with the launch of an operation to grant residency rights and job permits to illegal African migrants. Yet, the measure is unlikely to produce the sought results in the absence of a change of rhetoric and mentalities in line with human rights principles.

North Africa Post's news desk is composed of journalists and editors, who are constantly working to provide new and accurate stories to NAP readers.
NEWER POSTLibya: Clashes continue in Benghazi after liberation
OLDER POSTMigrant Crossings from North Africa to Spain Double in 2017