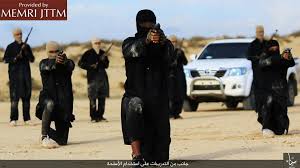 A military checkpoint in the village of el-Barth, an area between Rafah and Sheikh Zuweid in the northeastern Sinai Peninsula, was attacked by an unidentified group in the early hours of Friday and few hours later, Egypt’s Interior Ministry said a police officer was gunned down in a drive-by shooting in Cairo as he was heading to a mosque near his home.

The ministry’s statement says assailants on a motorcycle drove by, opened fire and killed Capt. Ibrahim Azazi as he was leaving his house on Friday and heading to the mosque, reports AP, adding that security forces are searching for the assailants.

The attack against the checkpoint was launched when two vehicles, believed to be driven by suicide bombers, detonated, before dozens of masked militants who were on foot opened fire. At least 23 soldiers, among whom a Colonel of the Special Forces, were killed and 33 more wounded.
After the attack, the militants reportedly looted the checkpoint, taking weapons and ammunition.

Army spokesman Tamer el-Rifai declined to comment on the attack.

Egypt has been tightlipped about the casualties that it suffers in the ongoing fight against terror groups in the Sinai Peninsula.

Although no group has claimed responsibility for the attack, most of the attacks that have been carried out in the Sinai are claimed by the Islamic State group, whose Sinai branch seems
to be the most resilient outside Syria and Iraq, where the so-called caliphate is witnessing its demise. The group’s offshoot in Libya has been uprooted in months-long battles in the central city of Sirte while its branch in Yemen has failed to seize territories or compete with its al Qaeda rivals.

As Egyptian authorities tightened control and increased military presence in the Sinai, the Islamic State group shifted its focus away from senior government officials by attacking the Christian Coptic minority killing scores of them over the past eight months.

Egypt is part of the Saudi-led bloc that severed ties with Qatar, it accused of supporting and financing terror groups in their territories.

Foreign Minister Sameh Shoukry lamented recently about “the level of damage and the level of human suffering that has been associated to Qatar’s interventions in Syria and Libya and the heavy price that Egypt has to pay in the loss of civilian life.” He added that “the last instance being the tragic events of the Egyptian Christians on their way to a monastery for prayer that were targeted so brutally by terrorists.”

Cairo terror concerns gained momentum in 2013 after El-Sisi ousted President Morsi of the Muslim Brotherhood in a military-backed coup d’état.