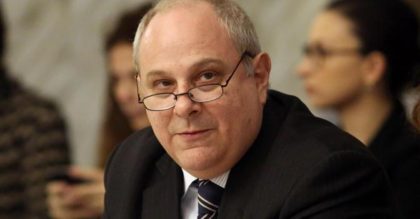 Italy’s deputy Foreign Minister Mario Giro made  it clear that the referendum option does not offer a feasible solution to the regional conflict over the Sahara and that the Algerian-Backed Polisario separatists had better give up the chimera of conducting a vote on the Sahara’s independence.

The Italian official made the remarks during the presentation, at the Center for American Studies in Rome, of Massimiliano Boccolini’s recently published book entitled: “the Sahara: a desert for mafia and Jihad”.

The Italian official stressed the need for the Polisario to abandon the referendum idea saying that separatist claims will add to the instability plaguing the Sahel. “We should defend the territorial integrity of countries such as Libya, Algeria, Tunisia, Morocco and Egypt.”

He said that separatists’ claims by the Azawad movement in Northen Mali and by the Polisario in the Sahara ignite tension and threaten regional peace and stability.

The Book offers insight into the threats to the region’s stability posed by the Polisario separatists and sheds light on an array of security risks facing the Maghreb and the Sahel in light of the surge of terrorist organizations taking advantage of the Libyan chaos and porous borders.

Organizing a referendum was part of the mandate of the UN Mission to the Sahara, the MINURSO, established following the UN-brokered ceasefire in 1991 that put an end to a guerrilla war waged by the Polisario front on Moroccan troops. The referendum never took place because of disagreements over who is eligible to vote.

After more than a decade of failed attempts to organize a referendum in the Sahara, the UN decided in 2002 to abandon the idea and instead pursue a negotiated political solution to the conflict. In 2007, Morocco proposed a compromise solution based on broad autonomy for the Sahara under its sovereignty. The UN Security Council and world capitals have deemed the Moroccan proposal credible and serious.