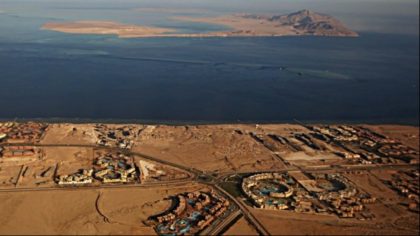 The Tuesday ruling is the second by the court. The court, the highest judicial entity to settle administrative disputes, last year ruled against the Egyptian government’s controversial decision to hand over the islands to Saudi Arabia following the secret deal between Cairo and Riyadh during the landmark visit of the Saudi monarch in April last year.

Critics said Abdel Fatah al-Sisi agreed to transfer the islands in return for Saudi largess. Egyptians argued that the Islands belong to Egypt, but Saudi authorities say Riyadh leased them to Egypt in 1950s for fear that Israel might capture them.

The parliament on June 14 ratified the government decision after urgent matters court in April contradicted the administrative court’s earlier decision to oppose the transfer.

Khaled Ali, a lawyer who argued in the administrative court that the islands belonged to Egypt underlined that the court’s Tuesday ruling “signifies that the land is Egyptian”.

“Now the ball is in the president’s court,” Ali said.

The Islands, lying at the mouth of the Gulf of Aqaba, can be used to control access to the Israeli port of Eilat.