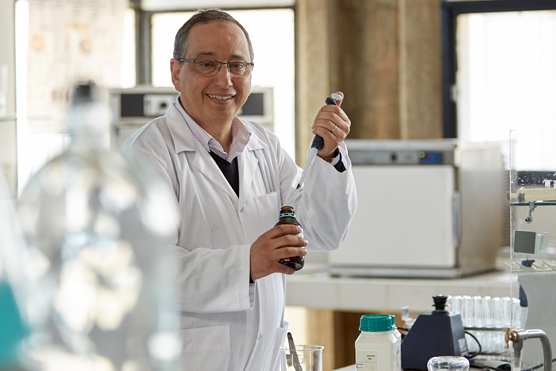 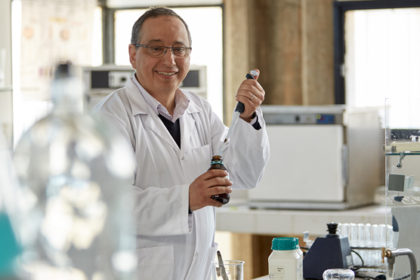 Moroccan scientist Adnane Remmal has put Morocco on the global pharmaceutical map through his development of an antibiotic booster drug that combines antibiotics with anti-bacterial properties of local plants.

The discovery earned him recently the recognition of the European Patent Office (EPO), which granted him its European Inventor Award 2017.

Professor Remmal developed an antibiotic booster drug that leverages the natural medicinal properties of plants along with the proven microbe-killing abilities of traditional antibiotics.

Remmal found that essential oils can be used to boost the effectiveness of antibiotics through combining antibiotics with anti-bacterial properties of local plants.

In a comment on Remmal’s revolutionary finding, EPO President Benoît Battistelli said in a statement that this pharmaceutical innovation “offers a new tool in the fight against the growing threat of antibiotic-resistant microbes.”

He added that through his research, Remmal helps “spearhead pharmaceutical development in his native Morocco.”

“I wished to plant the seed of scientific research in Morocco, which was considered a desert in this field,” Remmal was quoted in a EPO statement as saying.

Remmal earned a second PhD in microbiology and launched a start-up, which filed four patents centred around the natural essential oil mixtures and attracted the attention of a leading pharmaceutical laboratory in Morocco and West Africa.

If approved, Remmal’s “boosted antibiotics” will be the first drug developed and produced by Morocco’s pharma sector. That is a big step for an industry accustomed to manufacturing generics or other drugs under license agreements with foreign drug makers. Its importance is not lost on Remmal.

The Moroccan biologist is also the recipient of Innovation Prize for Africa 2015 for his natural livestock supplement, which is also made from essential oils and replaces antibiotics.