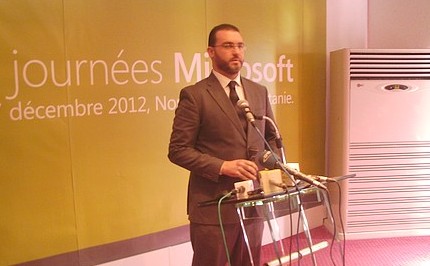 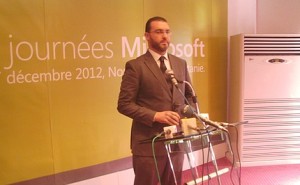 A two-day workshop organized under the patronage of the Ministry of Employment, Vocational Training and New Technologies between political and economic decision makers under the theme “The evolution of technologies and their impact on the economy in Mauritania” has some to end and was summarized at a press conference held by the government and Microsoft Mauritania. On behalf of the Minister of State for Education for Employment and Vocational Training of Information Computer and Technologies, Mohamed Ould Khouna who serves as the delegate minister said the ministry’s plans in the domain is dedicated to fighting poverty. He said that “their national strategy for new technologies and the modernization of the administration can be reviewed under three essential points : human development, economic development and the improvement of administrative efficiency by facilitating access to public services, reducing costs and improving the effectiveness of information systems management.” He added that “the arrival of  Microsoft Mauritania and its quest to invest in our country is, on the one hand, the proof of the effectiveness of the approach in attracting investors, and secondly, an important step towards achieving the desired development goals.” The CEO of Microsoft Mauritania Mr. Mohamed Bensaid declared that they intervention in Mauritania will be centered around e-government, the development of private enterprise, the education and vocational training and the creation of an ecosystem of partners capable of supporting Microsoft’s strategy in Mauritania. According to him, the country was chosen because of the government’s policies and capabilities to modernize the system. He assured the government that they will remain partners and help in “transferring skills to promote job creation, foster entrepreneurship and also offer internal services among others to the citizens.”