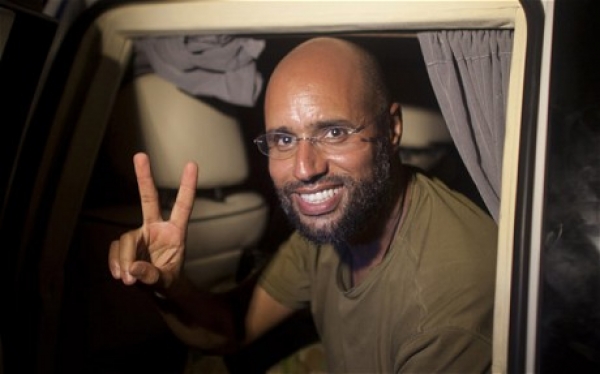 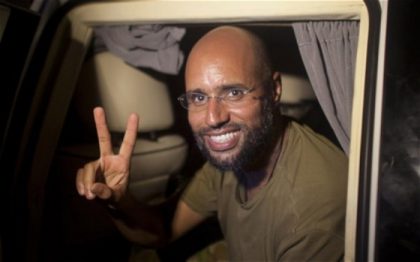 Saif Al-Islam, the son of former Libyan dictator Moamar Gadhafi, has been reportedly released by a Libyan militia after more than five years in captivity.

According to Abu Bakr al-Sadiq Brigade, a militia that controls the town of Zintan in western Libya, Seif Al-Islam was freed Friday, under an amnesty law promulgated during the Muslim holy month of Ramadan by the parliament based in the country’s east.

However, it is unclear whether Saif Al-Islam has left Zintan, as his freedom in Libya is partial. While the eastern parliament in Tobruk, to which Zintan is aligned, says he is a free man, Tripoli’s UN-backed government still considers him a war criminal, after a court sentenced him to death, in absentia, in 2015 for crimes during the revolution.

Also, if Saif Al Islam leaves Libya, he may also face arrest on an indictment from the international criminal court for war crimes and crimes against humanity. His release could spark further instability in a country already wracked by divisions and violence.

The North African country is still rocked by infighting, with authorities in the east region, allied with the forces of powerful strongman Khalifa Haftar, refusing to recognize the Tripoli-based GNA.

Some in the country have even started yearning for the Gadhafi years, when the oil-rich country was ruled by a deeply repressive regime but was stable.

Seif al-Islam, 44, is the second of Gadhafi’s eight children, and the eldest son of his second wife Safiya. He had tried to build up a reformist image, but the image vanished quickly in the uprising against his father’s 42-year dictatorship.

Seif Al-Islam and eight other Gadhafi-era figures, including spy master Abdullah al-Senoussi, were sentenced to death by a Tripoli court in July 2015. Three of Kadhafi’s seven sons died during the revolution.

North Africa Post's news desk is composed of journalists and editors, who are constantly working to provide new and accurate stories to NAP readers.
NEWER POSTSecond Ministerial Delegation Reaches Out to Al Hoceima as Tension Scales Up
OLDER POSTEgypt: MPs tussle over Tiran and Sanafir