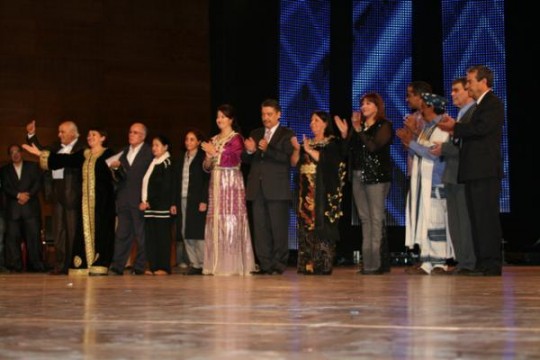 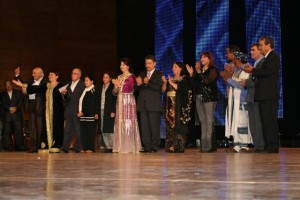 The 6th edition of the Arab Film Festival in Oran (FOFA) is going on in Algeria and the minister of culture Khalida Toumi was the chief guest of honor at the opening ceremony. In the opening remarks, the minister who was represented by Rabah Hamdi said that the Arab Film Festival in Oran represents a space for consolidation and the reinforcement of ties between the Arab peoples’ ties. She said the event was an opportunity to bring together people who have their “links forged by common history and same civilization.” The representative also hailed the achievements of the Arab cinema industry which she says now competes with the world’s big icons.
In a very powerful message which highlighted the potentials of the industry, Rabah Hamdi read that the “the Arab cinema managed to play fully its pioneering role in the service of oppressed peoples and in the defense of their right to liberty and the recovery of spoiled rights as played by the 7th Algerian art since its birth, serving as an arm to combat the French colonialism.” The message also recalled that the gathering is “an important event during which the present of the Arab nation will be assessed and the means to avoid the future dangers will be considered.”
The opening ceremony was held in the Conventions Centre of “Mohamed Ben Ahmed” and ten personalities who endeavored for the development of cinematographic art were honored during the sixth Arab Film Festival in Oran (FOFA) were honored. A documentary on the 50 years of the 7th Algerian art was screened to the audience which followed later the last movie of Algerian Rachid Bouchareb, “Just like woman” which was shot in the US.
The competitions have officially begun.

North Africa Post's news desk is composed of journalists and editors, who are constantly working to provide new and accurate stories to NAP readers.
NEWER POSTDriss Lachgar’s Election Leader of the USFP, the End of an Era
OLDER POSTEgypt: Gold exportation reactivated finally