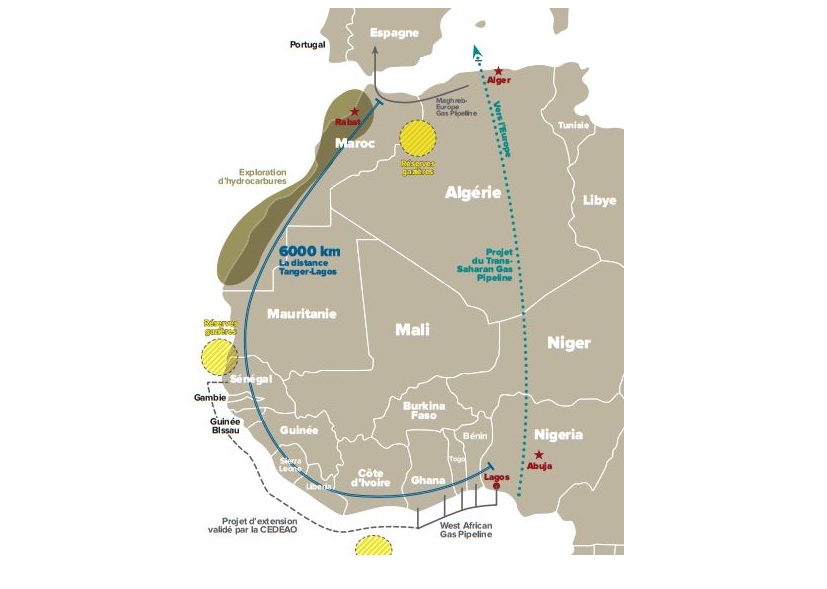 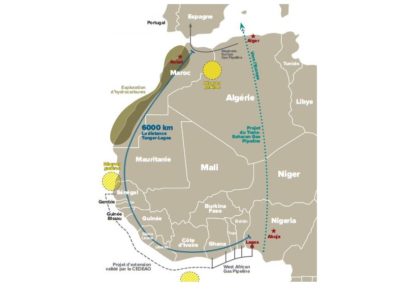 The agreements signed between Morocco and Nigeria to build an offshore gas pipeline has effectively buried plans to achieve the Trans-Saharan Gas Project that was mulled in 2002 to bring Nigerian gas to the Mediterranean through Niger and Algeria.

Former Algerian Interior Minister and ex-Ambassador, Abderrahmane Meziane Cherif bemoaned that his country has been outperformed by Morocco in Africa where the Kingdom has joined words into action by planning to build the African Atlantic gas pipeline, a gigantic project he likened to the building of the Channel Tunnel linking France to England.

“As a fruit of an intensive Moroccan involvement in Africa, this project has buried the plan to achieve the Trans-Saharan Gas Project,” he said, noting that Morocco secured the necessary financing of what he called a “pharaonic” project from sovereign funds and international bodies.

Morocco’s economic breakthrough in Africa and its largescale investments stand in stark contrast to Algeria’s resounding failures at the economic and diplomatic levels in Africa, deplored the former Algerian minister.

“ In front of these setbacks, a legitimate question emerges: why Algeria, a leading gas producer, falls short of carrying out projects that it previously undertook?” he wondered, adding that Algerian officials are incapable of explaining why large-scale projects such as the Trans-Saharan gas pipeline has been abandoned.

Cherif pinned the failures of his country on the corruption prevailing within Algeria’s main source of revenue, the state-owned oil and gas company Sonatrach. Yet, he turned a blind eye on the geopolitical causes that left Algeria unwilling to carry out the Trans-Saharan project.

Security conditions in northern Nigeria, Niger and the Algerian south, the supposed route of the Trans-Saharan Gas pipeline remain volatile with the presence of terrorist groups taking advantage of porous borders and attacking pipelines and gas installations. This adds to the unfeasibility of the Algerian project and gives credence to the Atlantic gas pipeline project to channel gas through offshore pipelines.

Algeria has also shown indifference to the Trans-Saharan Gas Pipeline because it does not want to offer its main client, Europe, an alternative source of gas. Algeria nurtured the hope of becoming Russia’s Europe to the South.

On the other hand, several reports by international think tanks warned that Algeria’s domestic consumption of gas is on the rise coupled with a falling production. The country’s export capacity is steadily decreasing making it an unreliable gas supplier. Therefore, the Moroccan-Nigerian pipeline will offer Europe a much needed new source of gas that will reduce European countries dependence on Russian and Algerian gas.