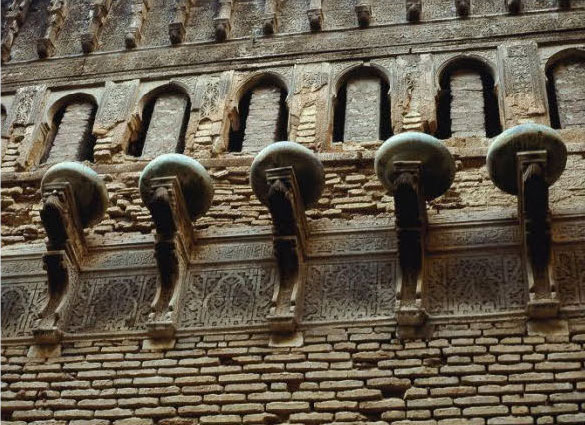 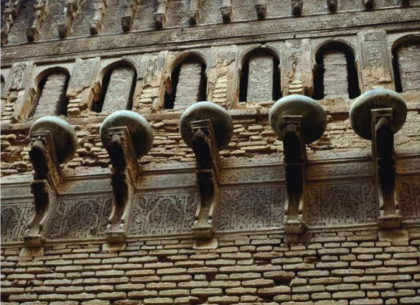 Several Medersas, mostly dating back to the fourteenth century, have been rehabilitated in the frame of the rehabilitation program of the old medina of Fez and will thus play again the role that was theirs in the past as educational institutions, specializing in Islamic religious sciences, Islamic law and Classical Arabic.
King Mohammed VI, Commander of the Faithful, chaired, on Tuesday at the Qarawiyyin library in Fez, the presentation ceremony of the rehabilitation program of these Medersas that have been re-opened to accommodate students and teachers of Al Qarawiyyin University.
The decision to re-open the Medersas was made by the King in June 2016. He had then ordered to use these historical buildings to accommodate the Al Qarawiyyine University students in their final year.
During the ceremony, Minister of Endowments and Islamic Affairs, Ahmed Toufiq, pointed out that, in accordance with the royal guidelines, three Medersas, namely the Mohammedia, the Seffarine and the Bouaanania have already opened their gates to 105 Al Qarawiyyin University students.

Other institutions are being refurbished part of the Medersas rehabilitation program, namely the Mesbahiya, the Sbaiyyine and the Sahrij Medersa, which will also provide dormitories to students.
The Sahrij Medersa will be reserved for students enrolled in the Moroccan calligraphy Department of Al Qarawiyyin.
Once the program completed, some 134 rooms will be available for Al Quarawiyyin University students.
Ahmed Toufiq also announced that a new post-graduate course, the Upper Alimiya course, was created part of efforts to enable the Qarawiyyin University to promote its authentic curriculum, namely in terms of programs’ relevance, and scientific competitiveness at national and international level, and in line with the institution restructuring, supervised by the Sovereign.
Another landmark monument that was open to the public after refurbishment is Dar al Mouaqquit, a tower used to monitor the astronomical map. It serves as an observatory for the astronomer in charge of observing the lunar crescent and the establishment of prayer times. The institution, built during the reign of Merinid Sultan Abu Inan, displays in a museum wing ancient Moroccan and Arab astronomical instruments, enabling thus Moroccans and foreign visitors to discover the Kingdom’s scientific heritage.

After the presentation ceremony, the Sovereign visited the Medersa Mohammadia, built by the late King Mohammed V, the Seffarine, Mesbahiya, and Sahrij Medersas dating back to the merinids’ era and Dar Al Mouaqqit.
King Mohammed VI, who is keen on preserving the architectural style and characteristics of the medina of Fez, listed by the UNESCO in 1981 as World Heritage, launched in 2013 a large-scale rehabilitation program of the ancient medina of Fez founded by Idriss II in the 7th century.
Under the program, twenty-seven monuments and historical sites, dating back to the tenth and eleventh centuries, have already been renovated at a cost exceeding $30 million.
All these institutions will bolster the status of the city of Fez, as the country’s academic and spiritual capital, and enrich the material and immaterial heritage of the North African country.