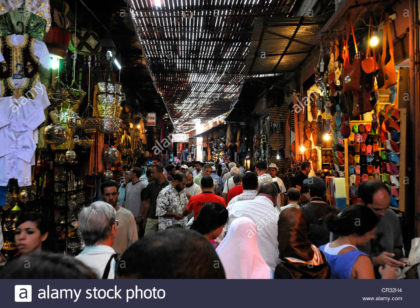 The population of Morocco is expected to reach 43.6 million by 2050, that is an annual growth of 272,000 people said Morocco’s statistics office (HCP).

Morocco’s demographic growth will thus jump from 33.8 million inhabitants in 2014 to 43.6 million in 2050, the HCP said in its latest population forecasts.

It explained that the annual demographic growth will stand at about 272,000 people, the size of the population of a medium-size city such as Sefrou or Essaouira.

This demographic growth will mainly have an urban aspect as rural depopulation is set to continue, explained the HCP, noting that by 2050, 73.6% of Moroccans will be living in urban centres compared to 60.3% currently.

Low fertility will be reflected in a fall in the population aged under 15, noted the HCP. In this regards, the 4-5 age bracket will stand at between 1.3 million and 1 million, while the 6-11 age bracket will number 3.6 million to 3.2 million. As for children aged 12 to 14 years old, they will make up 1.8 million to 1.6 million.