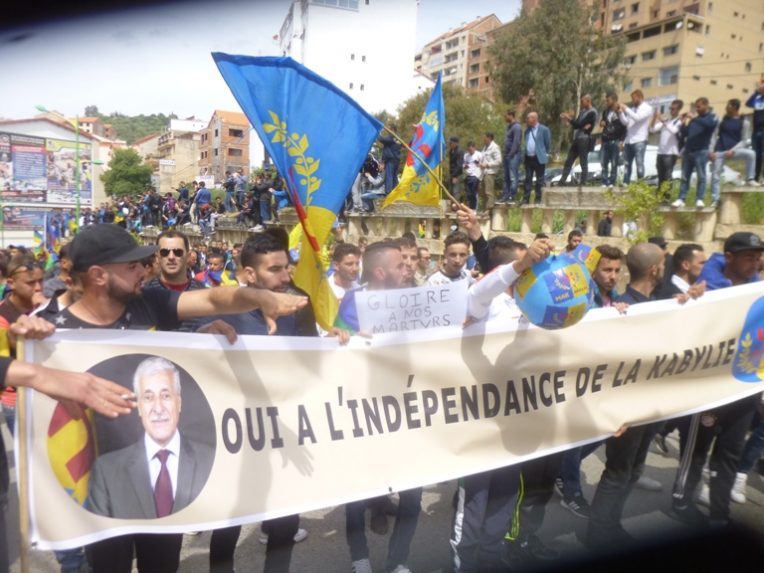 Thousands March in Tizi Ouzzou for Independence of Kabylie from Algeria 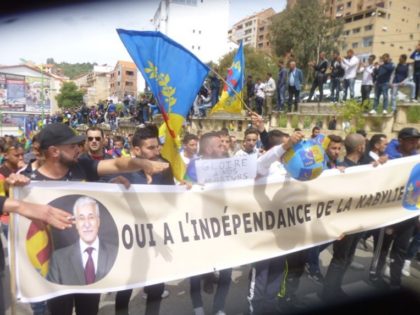 Thousands took to the streets of Tizi Ouzzou in response to the call by the Movement for the Independence of Kabylie (MAK), on the occasion of the commemoration of the Amazigh Spring.

Thousands of protesters carried banners and the blue, yellow and red flags of the independent Kabylie state while chanting slogans demanding the self-determination of their region despite the heavy security measures deployed by the Algerian state to quell the march.

The protesters also denounced the crackdown by Algerian authorities on the leaders of the MAK while stressing the peaceful character of their independence-seeking movement.

The march started from the University of Tizi Ouzzou, which was named after the leading Amazigh writer Mouloud Mammeri. The latter was banned in 1980 from delivering a confrence in the same university on the need to recognize the Amazigh constituent in Algeria leading to widespread protests that came to be called the Amazigh Spring.

In 2001, the crackdown of the regime on Amazigh protesters demanding more rights and a halt of the arabization policy will take a bloody form leading to the death of nearly 160 protesters in the Kabylie region.

Since then, the movement for the independence of the Kabylie region (MAK) has been gaining ground among the population of the restive towns and cities in the Amazigh speaking mountains east of the capital Algiers.

The MAK is led by Ferhat Mhenni who lives in exile in France. The MAK invokes a series of grievances the Kabylie region witnessed after the independence of Algeria. They blame the Algerian regime for seeking to eradicate their linguistic and cultural particularities by imposing an arabization policy coupled with economic marginalization.