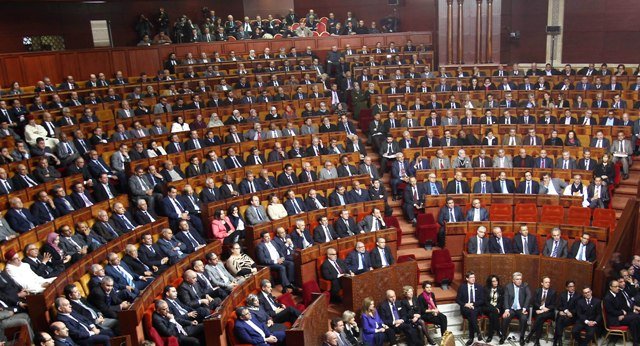 The adherence of six parties to the new governmental coalition gave the head of the Government Saad Eddine El Othmani a comfortable majority of 240 seats out of 395, leaving the opposition to liberal PAM with 102 seats.

The Istiqlal Party (PI) with 46 seats is at odds with PAM and is unlikely to form a united front in the face of the parliamentary majority. The PI has also promised to support the new governmental majority at the Parliament.

In light of the lack of experience of most PAM MPs- two thirds of whom are in the Parliament for the first time- only the two MPs of the Federation of Democratic Left (FGD) are expected to express outspoken opposition to the new government.

Along with PAM, the Upper House also gives a podium to unions and the federation of Moroccan employers (CGEM) to challenge the government on economic and social policies.

El Othmani, after a nine-day negotiations, managed to end the deadlock left by his predecessor Abdelilah Benkirane whose negotiations to form a new government stalled in view of his position against the inclusion of the leftist USFP in the new government.

The current governmental coalition shows once again that the ideological referential of political parties has been swept by narrow calculations. A coalition between the Islamists, liberals and socialists is showing to what extent political parties in Morocco are losing credential thus becoming copies of each other. Liberal PAM and conservative PI will be in the opposition. Neither the opposition nor the coalition show homogeneity in terms of ideology though they espouse more or less the same reforms.