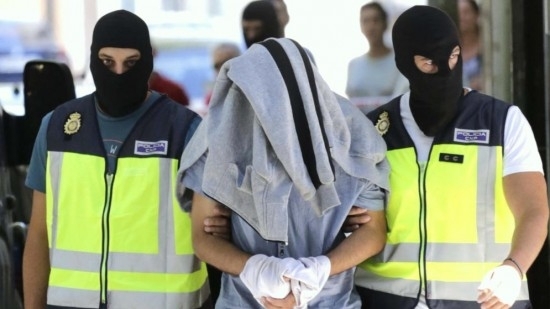 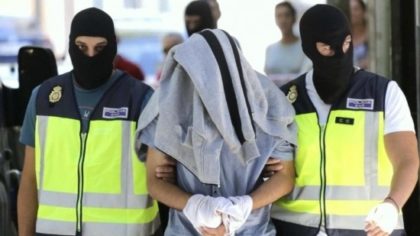 Spanish security forces pinned down Wednesday in two different operations in the cities of Valencia and Barcelona three Moroccans accused of promoting the Islamic State group and of indoctrinating people on social media for the terrorist group.

The first operation in the city of Valencia led to the arrest of a 43-year old man deemed “dangerous” and “a threat to public security”. According to the interior ministry, he was very active on social media where he posted several violent materials promoting in the first place the al-Qaeda organization and then the IS group.

The interior ministry added the IS sympathizers used virtual identities to post messages depicting, teaching techniques of attack used by the terror group, and promoting the group’s terror acts in Europe, Syria and in other countries.

He equally posted messages pointing out that jihad was a duty, that Sharia must be implemented, and that the enemy must be defeated and fought against.

A second operation in the city of Barcelona enabled security forces to arrest two other Moroccans, aged respectively 26 and 37. They are also indicted for indoctrinating two Spanish women aged 19 and 31 on social media on behalf of the terror group. The youngest woman reportedly dated one of the militants.

The operations took place following the arrest of another Moroccan aged 43 in the province of Girona, in Catalonia, on March 15 for sending money to the IS group in Syria.

Close to 200 jihadists have been arrested in Spain since 2015, the year authorities raised security alert level to four.