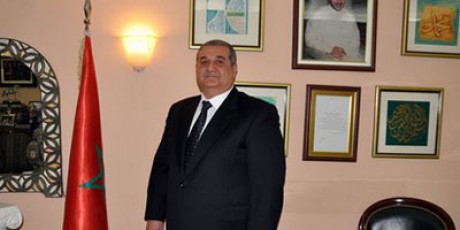 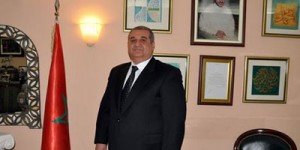 Morocco’s Honorary Consul in Syria, Mohamed Alaeddine Kiyali, has been killed in an attack by armed men.
The consul and another passenger, a Syrian judge, Mahmoud Bebi, were both injured on Tuesday when armed groups opened fire at a car transporting them in the province of Aleppo, northern Syria, pro-government al-Ekbaria TV reported.
The two men were taken to hospital where they succumbed to their wounds.
The King of Morocco sent a message of condolences to Kiyali’s family wherein he described the deadly attack as “an abject criminal aggression.”
In his message, King Mohammed VI strongly condemned “this despicable criminal aggression which is contrary to the teachings of our noble religion and of all divine religions, and which is contrary to human values and to democratic ideals.”
The King of Morocco renewed his country’s unwavering support to the valiant Syrian people in their strife “to achieve their legitimate aspirations for freedom, democracy and dignity, and for the preservation of Syria’s sovereignty and national and territorial unity.”
Mohamed Alaeddine Kiyali was Morocco’s Honorary Consul in Aleppo since April 2001.
Most of the Moroccan nationals and diplomats have left Syria over the past months as the crisis in Syria keeps gaining momentum.
Morocco’s embassy in Damascus had been attacked by mobs of protesters on November 6,2011 after the Arab League decided to suspend Syria from the pan-Arab organization. Morocco had then called back its ambassador, who remained in Syria however until he was declared persona non grata last July 17 by Bachar Al Assad in retaliation of Morocco’s similar decision against the Syrian ambassador Nabih Ismail.
Since the outburst of the uprisings in Syria in March 2011, Morocco has airlifted several assistance cargoes and sent relief medical teams to the Syrian refugee camps near the Turkish border as well as in northern Jordan, to provide logistical and humanitarian support to these refugees.
Part of the international solidarity campaign with the Syrian people, Morocco also set up a medico-surgical field hospital in the Zaatari camp in northern Jordan, which houses around 36,000 refugees, out of the over 200,000 Syrians having sought refuge in Jordan.
When King Mohammed VI conducted a tour in some Gulf countries and Jordan last November, he inspected the field hospital. He was the first Arab head of state to visit the desert compound and to enquire about the Syrian refugees being treated in the field hospital.
Violence in Syria has displaced more than one million Syrians inside the country, and according to estimates of the OCHA (Office for the Coordination of Humanitarian Affairs) the total number of Syrian refugees is expected to reach 710,000 by the end of the current year. Some fleeing Syrians sought refuge as far as Algeria and Morocco.
The armed conflict has also claimed more than 41,000 lives, mostly civilians, according to the Syrian Observatory of Human Rights (OSDH).
At least 28,762 civilians have been killed since March 15, 2011, while the number of soldiers killed amounted to 10,323 and the number of deserters to 1,402, said the London-based NGO, which relies for its death toll compilations on a network of activists and medics in civilian and military hospitals across the country. Some 602 other people whose identity has not been established have also died in the conflict.

North Africa Post's news desk is composed of journalists and editors, who are constantly working to provide new and accurate stories to NAP readers.
NEWER POSTIsrael-Gaza Truce – Peace until the Next War?
OLDER POSTMauritania’s airline ready to blossom