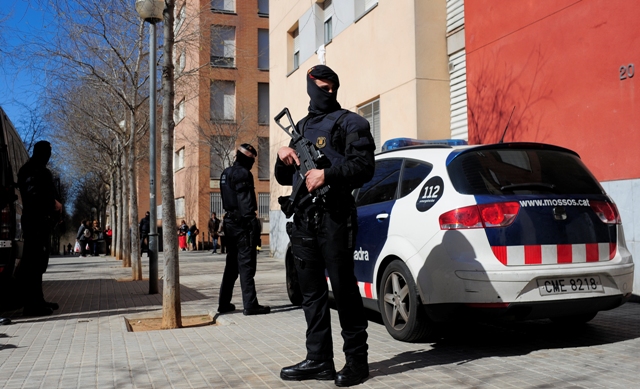 Spain: Moroccan arrested for funding IS in Syria 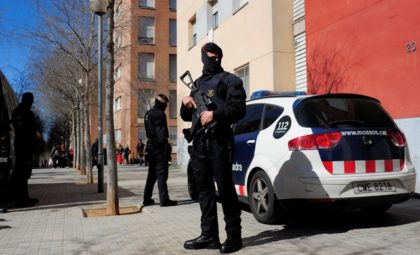 Spanish Interior Ministry Wednesday announced the arrest of a 43 year-old Moroccan man in the province of Girona, in Catalonia, for sending money to the Islamic State group (IS) in Syria.

The man living in the village of Arbúcies was an important member of a network collecting money for militants of the terrorist group, with the help of one their “brothers” on the battle front in Syria, according to the interior ministry.

The network used fake identities and intermediaries to send several but limited amounts of money, a way to avoid suspicion.

The man came under the radar of the security forces after authorities started monitoring a group of people sending money to IS militants.

The arrest was made possible thanks to cooperation with Europol which dispatched a mobile squad to contribute to the investigation and analyze the intelligence in real time.

Another Moroccan was arrested early this month, in Catalonia, for threatening to blow off a train traveling from Barcelona to Girona.

He shouted out while on the train that he would detonate a bomb. The threat according to Catalonia police was a hoax as they found nothing suspicious on the man or on the train after searching it.

Some 194 jihadists have been arrested in Spain since 2015, the year authorities raised security alert level to four.

North Africa Post's news desk is composed of journalists and editors, who are constantly working to provide new and accurate stories to NAP readers.
NEWER POSTMorocco’s King to Replace Benkirane with another Figure from PJD to End Post-election Deadlock
OLDER POSTTime, Money Running out for Algeria- Stratfor Warns